The Panama Canal is also the subject of the UF Libraries' first Center of Excellence project. As a part of the Association of South Eastern Research Libraries' Collaborative Federal Depository Project UF undertakes to acquire a complete-as-possible collection of the government documents produced by the Panama Canal Commission (and related agencies), as well as doucments related to the creation and maintenance of the Canal.

Upcoming plans include an extensive round of exhibits for the 100th anniversary of the opening of the Panama Canal in 2014, and the digitization of documents related to the U.S. Panama Canal Commission and Canal Zone newspapers currently only available on microfilm.

The format of the printed material determines the method of scanning used.  While oversized and fragile materials are digitized by the Digital Library Center at the University of Florida Libraries, items in good condition and of regular size are sent to Internet Archive (IA).  All items scanned at IA are harvested by the DLC, but there may be a slight time lag during which items are only available at IA.

Digital Collections for the Panama Canal 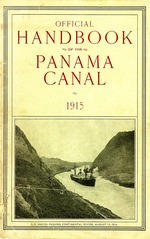 The phrase Center of Excellence is used throughout this guides as it is used within the U.S. FDLP to identify a library establishing a collection and related services focused on a specific Federal agency or subject area represented by Federal documents. This is distinct from, and unrelated to, the Florida program of the same name that is intended to bridge the gap between academia and industry.