Buildings: Draftsmen would usually indicate homes located on pieces of land by drawing a small house and noting the name (and sometimes race) of the owner, as well as the lands they owned. Cultivated fields were also normally indicated by a drawing and a note. As seen, a school house on the piece of land would also be symbolized by a small building.

Deadenings and Old Fields: The quality of land, including the quality of soil and timber, was also indicated, so as to give prospective buyers an accurate gauge of what they were purchasing.

Water Sources: As natural water sources were an important feature of the landscape, ponds, creeks, rivers, and spring-heads were often drawn on plat maps. The color blue was a usual color, but not every plat map featured it, some just indicate water with a written note.

Other Features: Symbols for lime sinks, Indian mounds, camp grounds, as well as mile markers are sometimes found on plat maps and indicate a particular attention to detail as well as what the plat draftsmen believed were important features of the land. 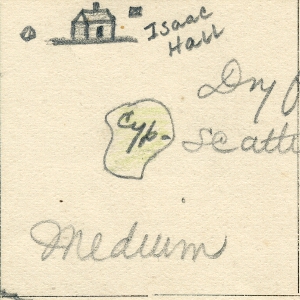 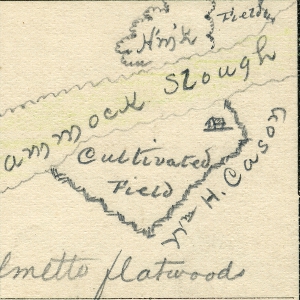 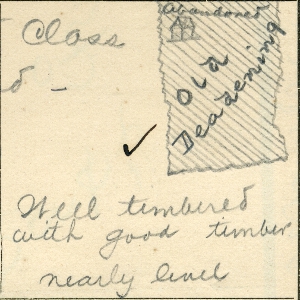 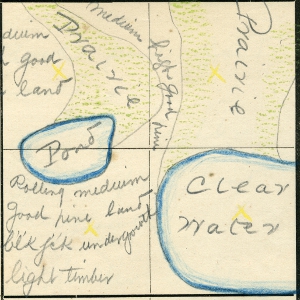 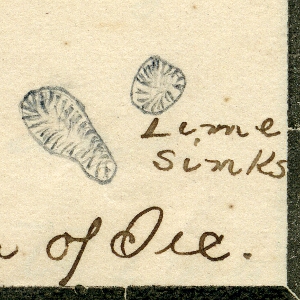 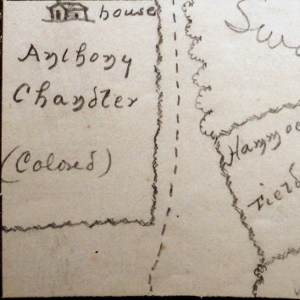 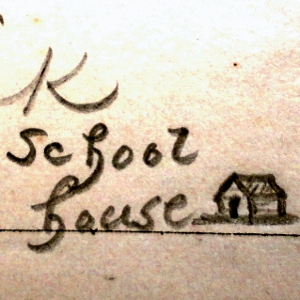 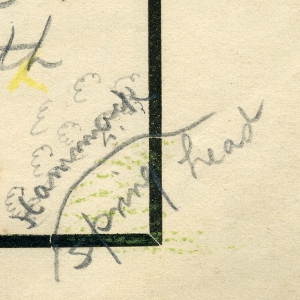 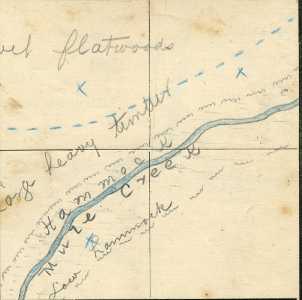 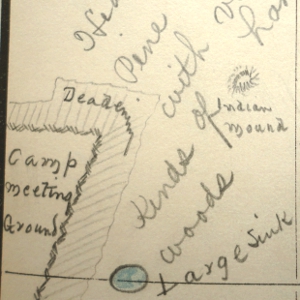