Panama and the Canal at UF: Home

This guide discusses the Smather's Libraries holdings for the Panama Canal Zone, including digital collections.

Upcoming plans include a Centennial Weekend Celebration and exhibits installed across the library system for the 100th anniversary of the Panama Canal in 2014, and the digitization of documents related to the U.S. Panama Canal Commission and Canal Zone newspapers currently only available on microfilm.

From the Panama Canal Museum Collection 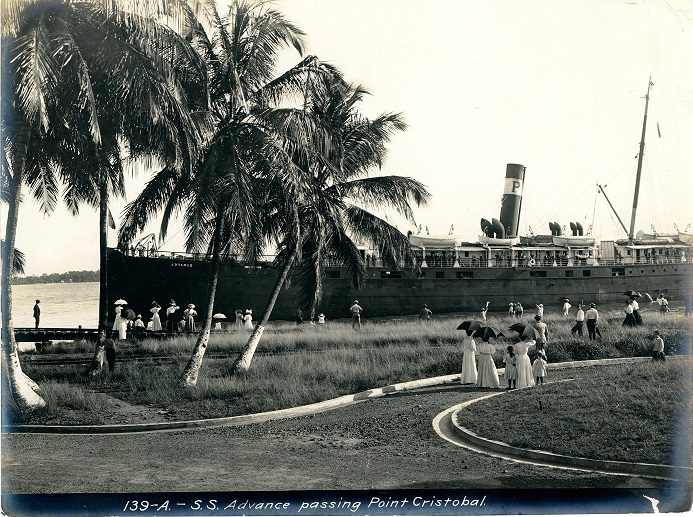 The transit of the S.S. Advance from Cristobal to Miraflores Locks on August 9, 1914, was among several trial runs made before the S.S. Ancon traversed the Atlantic to the Pacific in the first official transit of the Panama Canal on August 15, 1914.

Keep Up To Date