Example of a Page in a Plat Map Book 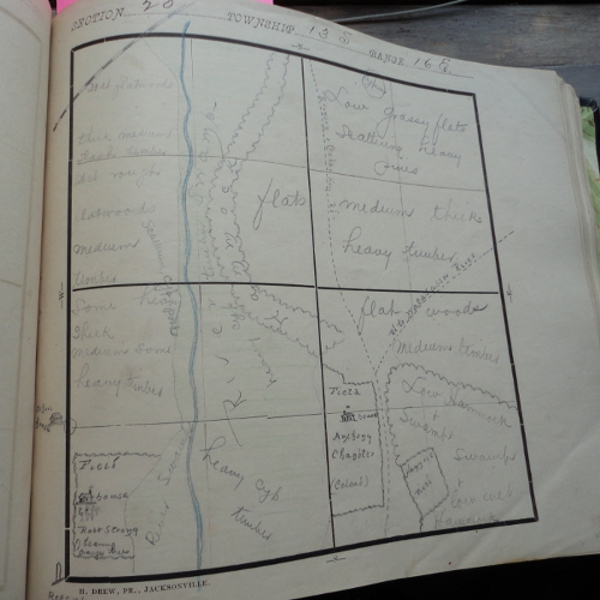 A plat is particular type of map meant to indicate the way a piece of land is legally divided. Plat maps are drawn to scale, and utilize various images to indicate landmarks and other noteworthy aspects of the landscape. The imagery varies depending on the plat maker so there is no standard symbology, and because of this many maps came with keys to the symbols used. Plat maps were, and still are, a convenient reference for local governments as well as private realty. Each map allows significant detail and many maps note the locations of individual cabins, swamps, lakes and ponds, as well as railroads, rivers, homesteads and Indian mounds. Surveyors recorded their observations about the landscape, noting natural features and evidence of human habitation. The surveyors drew sketch maps and marked the major features of the land, which then served as a basis for the plat maps. The plats themselves were usually produced by draftsmen working for federal land offices.

The purposes of plat maps were largely focused on the sale of the land in question. One purpose in particular was to explore and describe the land, then regarded by the federal government as a source of income, in order to provide information to any prospective buyers. Buyers could go to land offices, look at the individual plats, and get an idea of the quality and unique features of a stretch of land. For the sake of local history, older plat maps can reveal what a piece of land may have looked like during that time period, as well as who inhabited it.