On 2 September 1935, a category 5 hurricane struck the Florida Keys. The 150 miles per hour wind destroyed nearly every structure including three Veterans’ F.E.R.A. work camps. Estimates suggest about 500 people perished during the hurricane including 259 World War I veterans, who had been building the Overseas Highway which would connect Key West to the mainland.

For the first time in U.S. War Department history, original finger print records were shipped to the scene of the hurricane for positive identification of the victims. Only the veterans stationed in the camps were eligible for finger print identification. All civilian deaths were recorded as “Unknown Dead.”

From a Report on Recovery Efforts

A hurricane of fierce intensity stuck the Florida Keys in the late evening of September 2, 1935. It demolished the three soldiers' camps of the Florida Emergency Relief Administration and caused the death of over two hundred veterans. . . . .

There were three Veterans' camps in the area of the storm. . . .  In these three camps 682 veterans were employed in road construction gangs, working on one of the many F.E.R.A. rehabilitation projects. By 7 o'clock in the evening the intensity of the storm was so severe that the three camps were completely demolished. The wind had risen to a velocity of about 150 miles per hour, and driven the tidal wave several feet above the railroad track, which in turn was about seven feet above the sea level. . . . .

With the tidal wave washing over their heads, the veterans clung on to whatever they could find in an effort to save their lives; some of the more fortunate ones succeeded. But over two hundred of them were drowned and their bodies washed into the mangrove swamps . Many were battered to death by the flying debris. At Snake Creek a number of veterans saved themselves by digging holes under the cross ties of the railroad bed to protect their heads from being crushed. 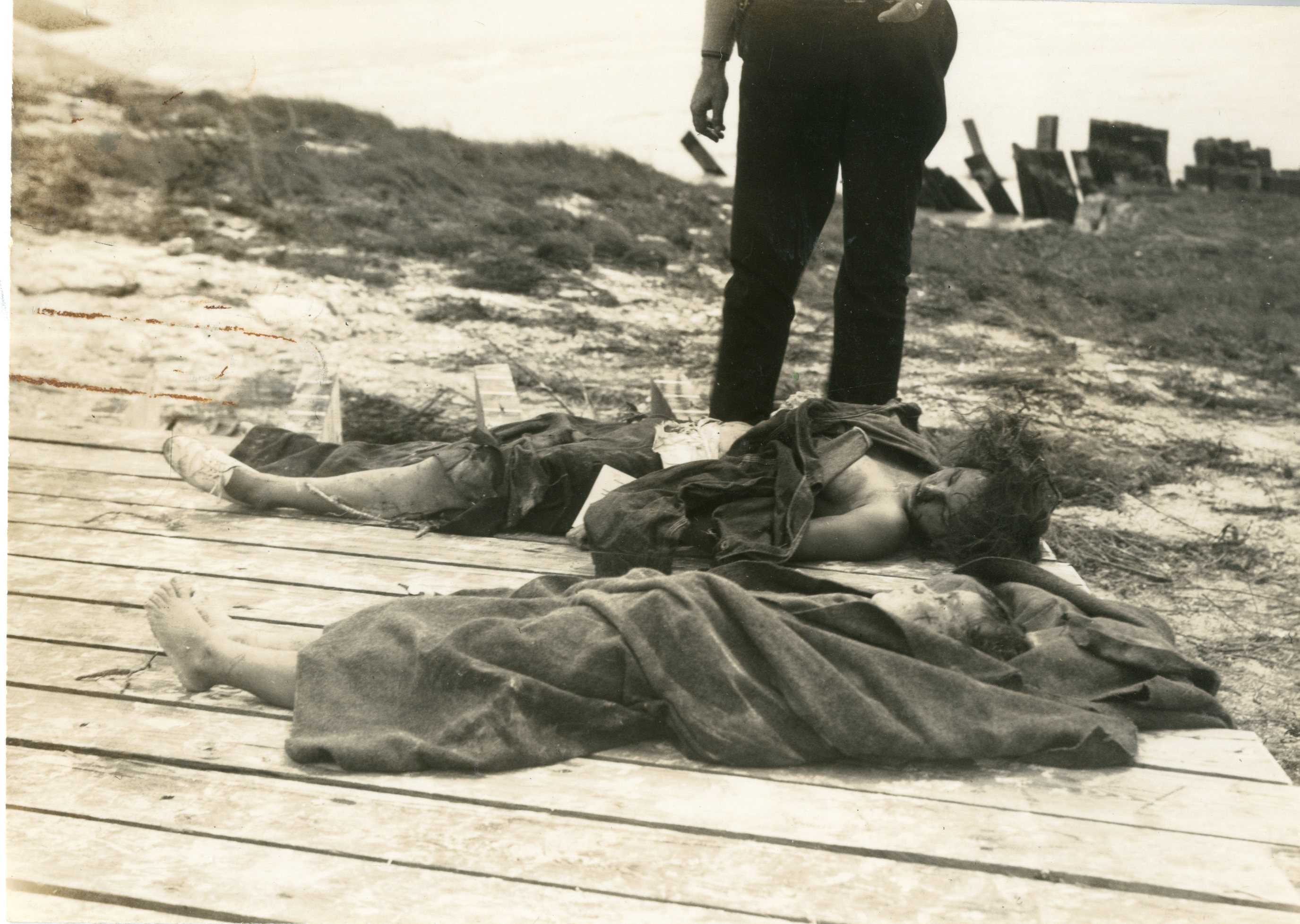 Two victims of the hurricane - probably mother and child. 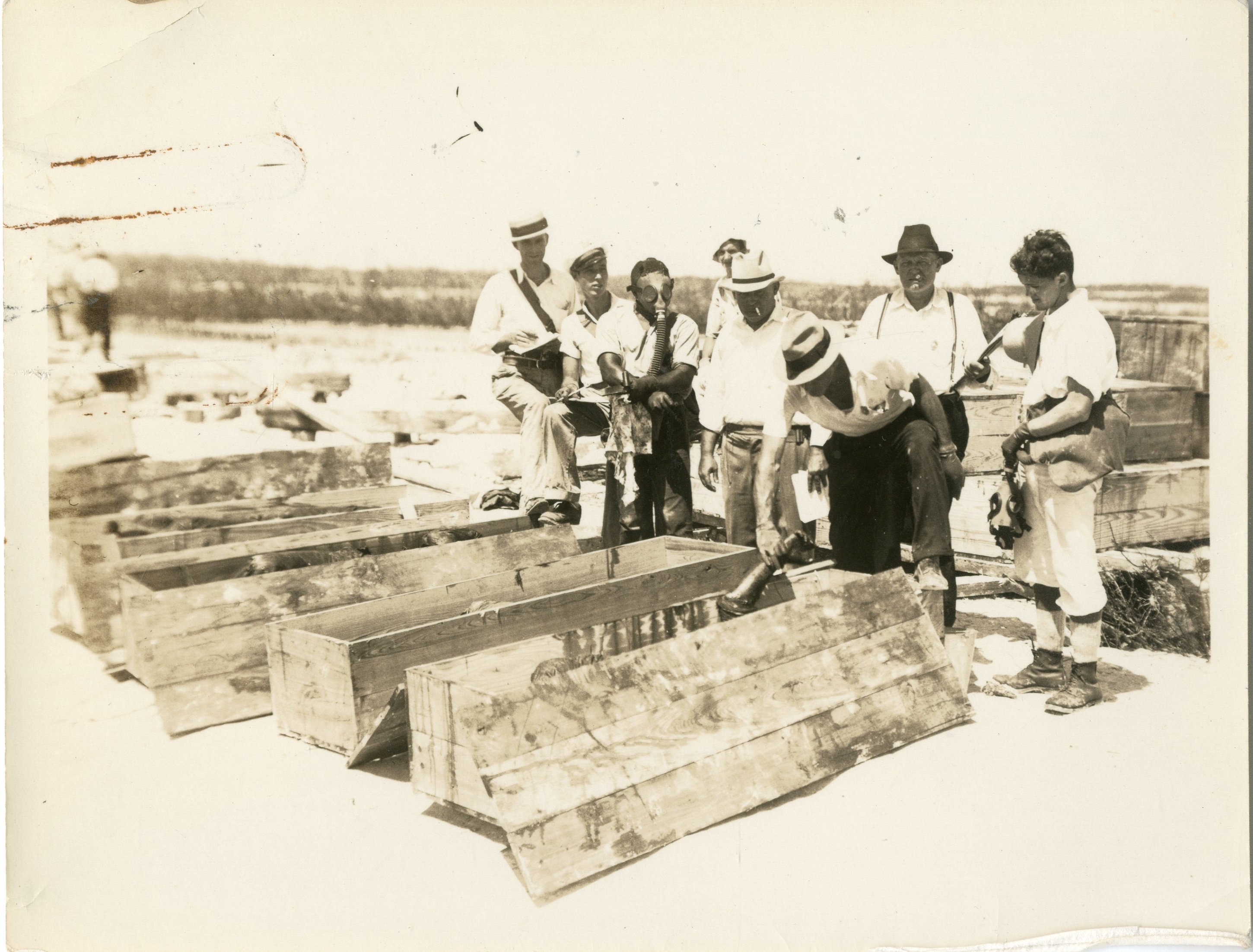 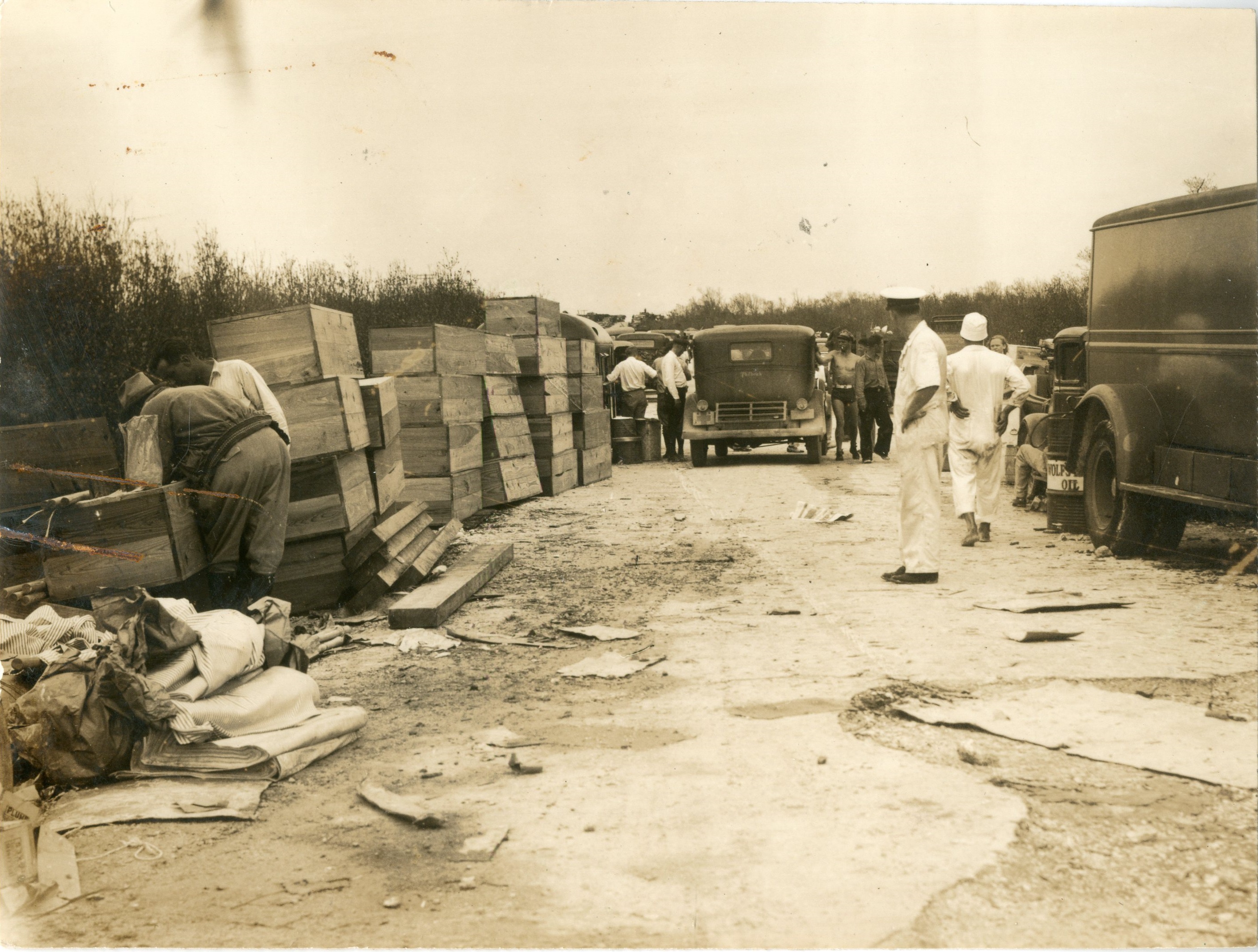 Preparing boxes for the bodies - showing ambulance in foreground to transport injured. 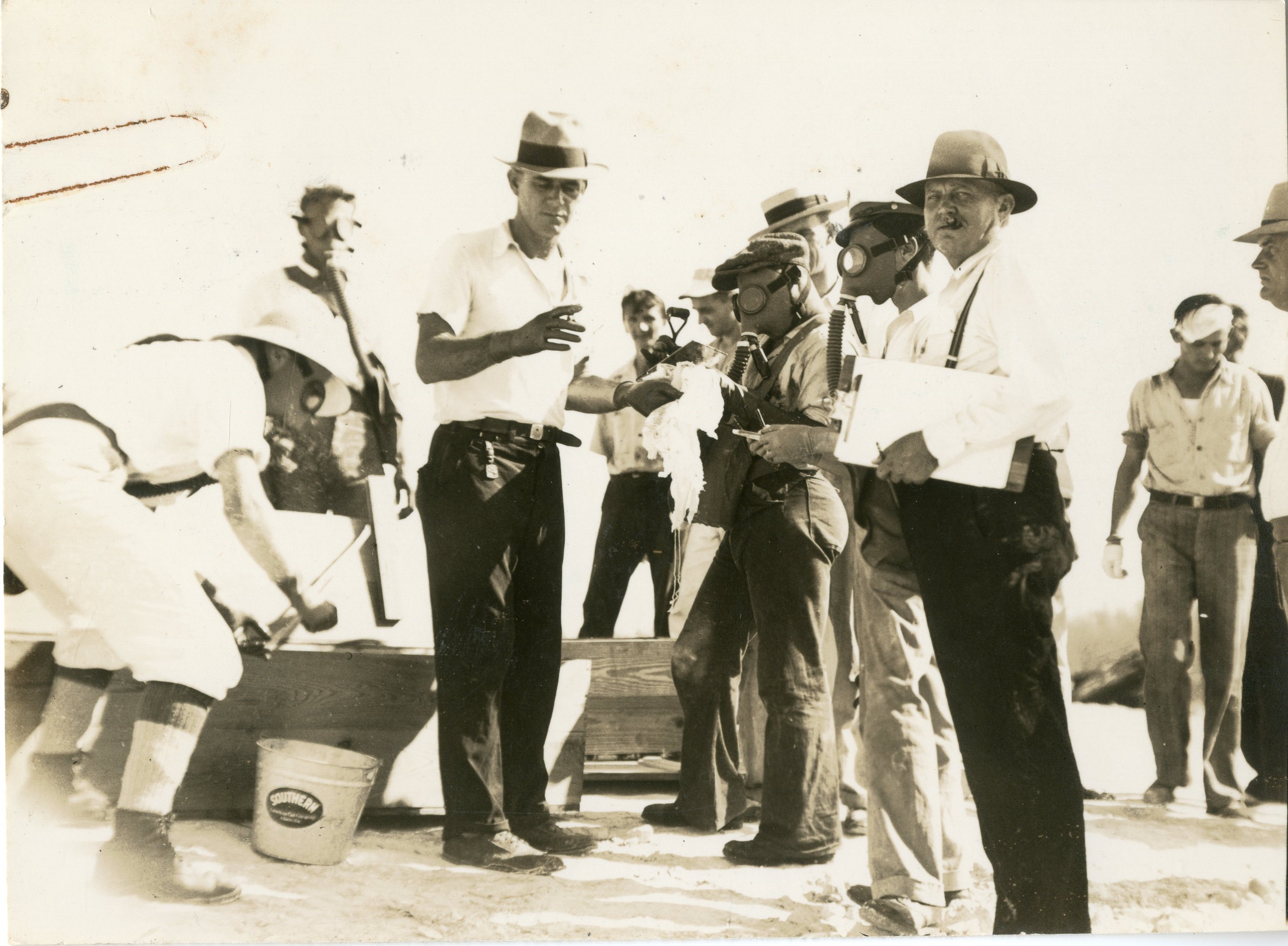 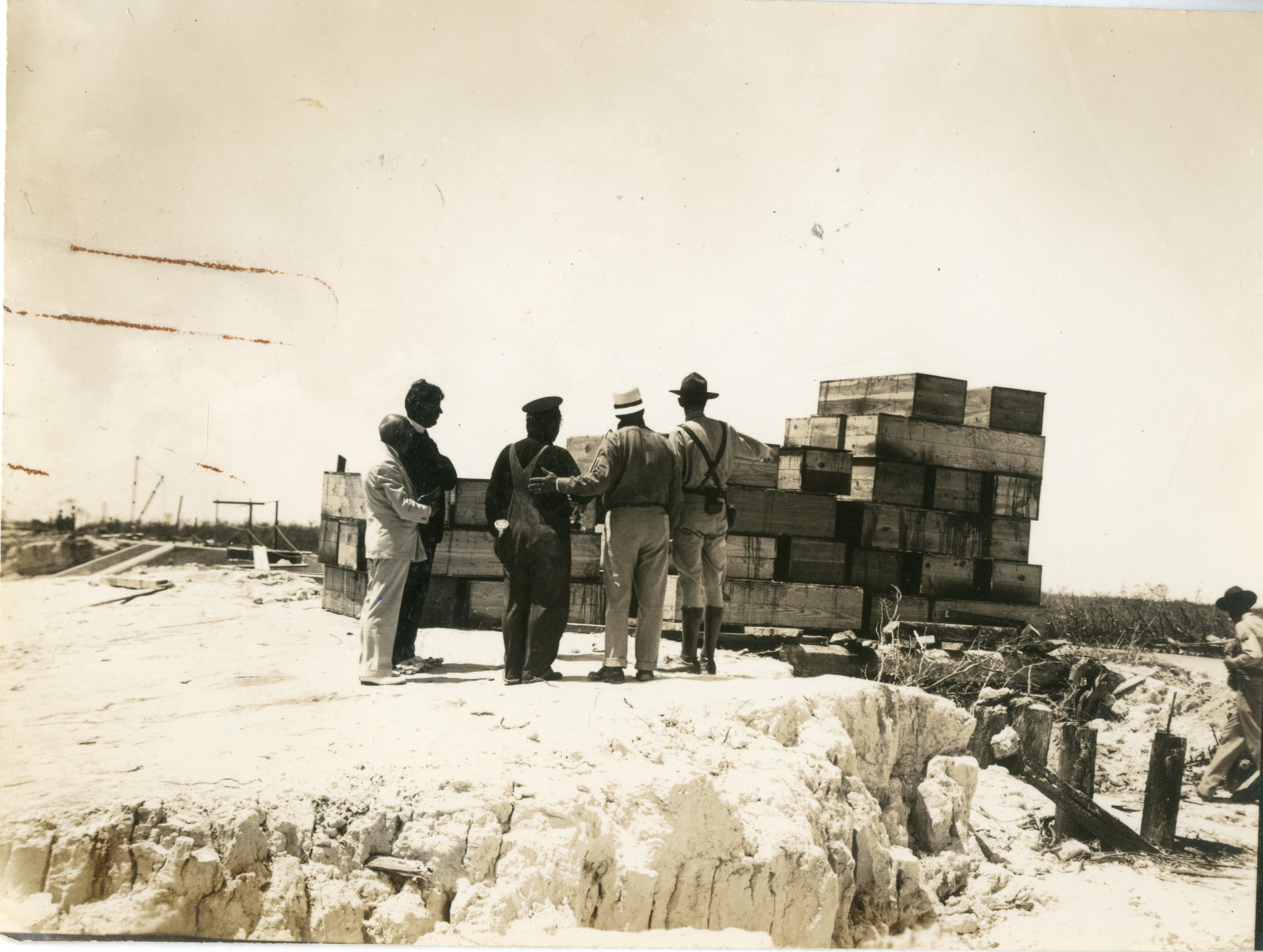 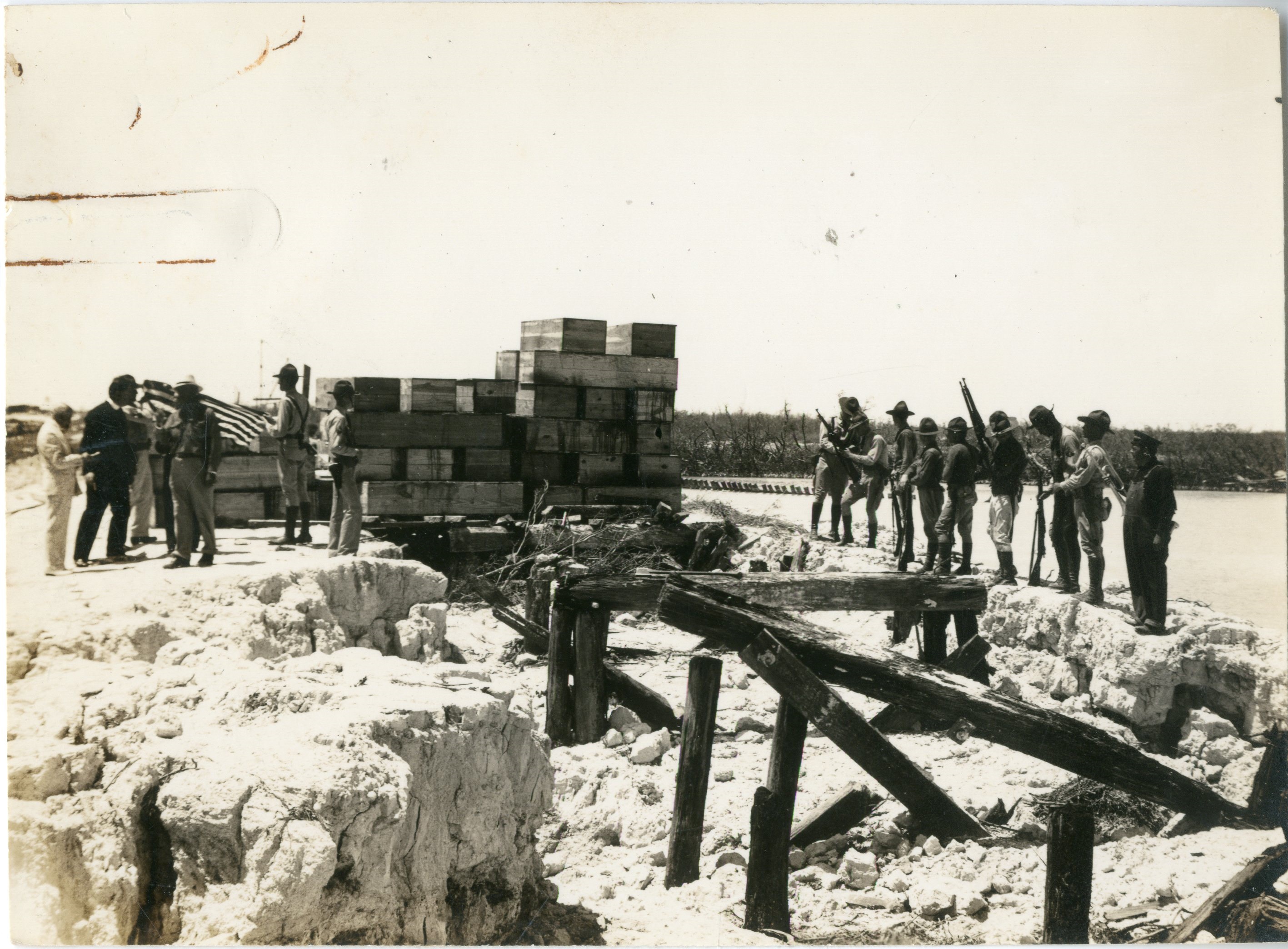 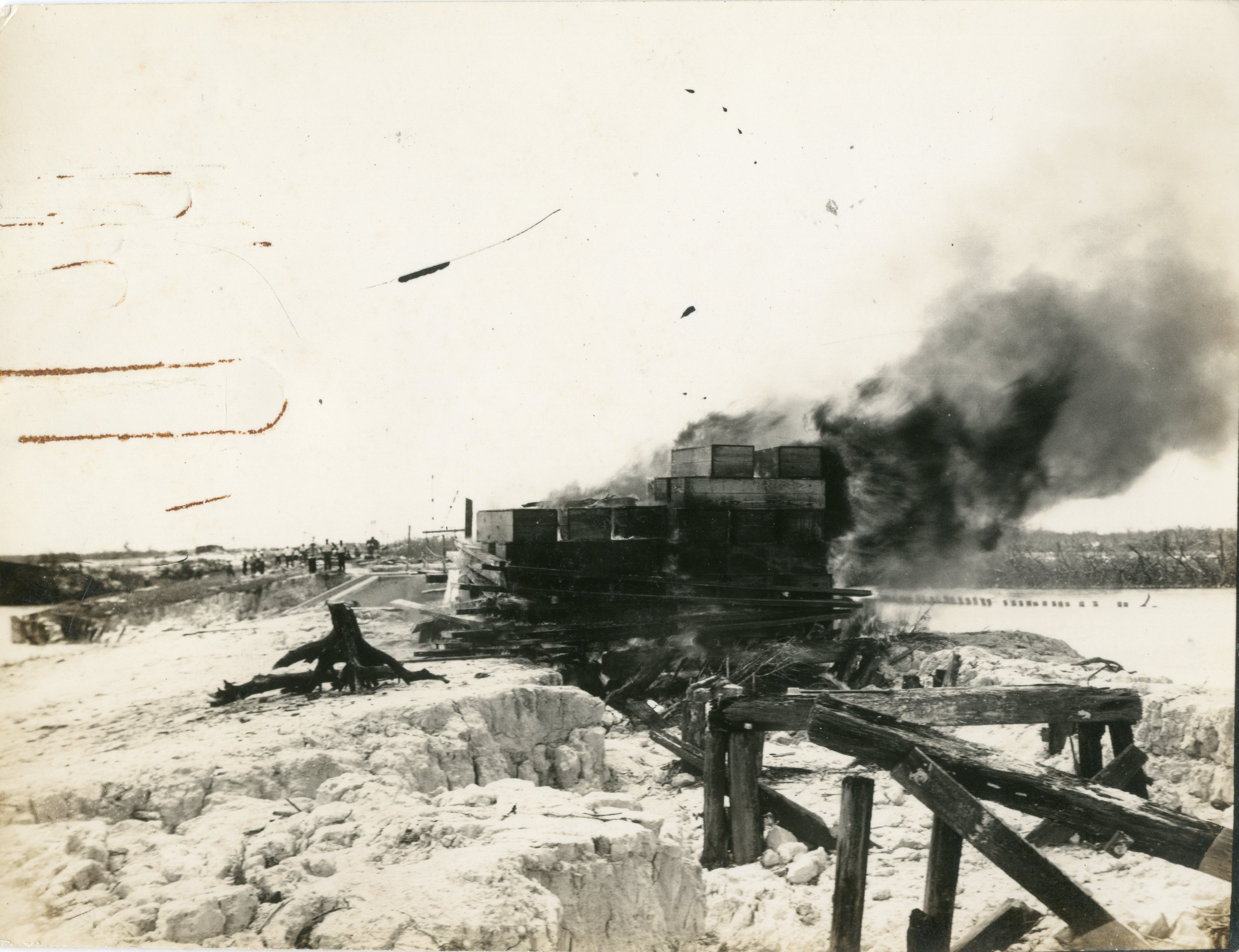 View of the funeral pyre. 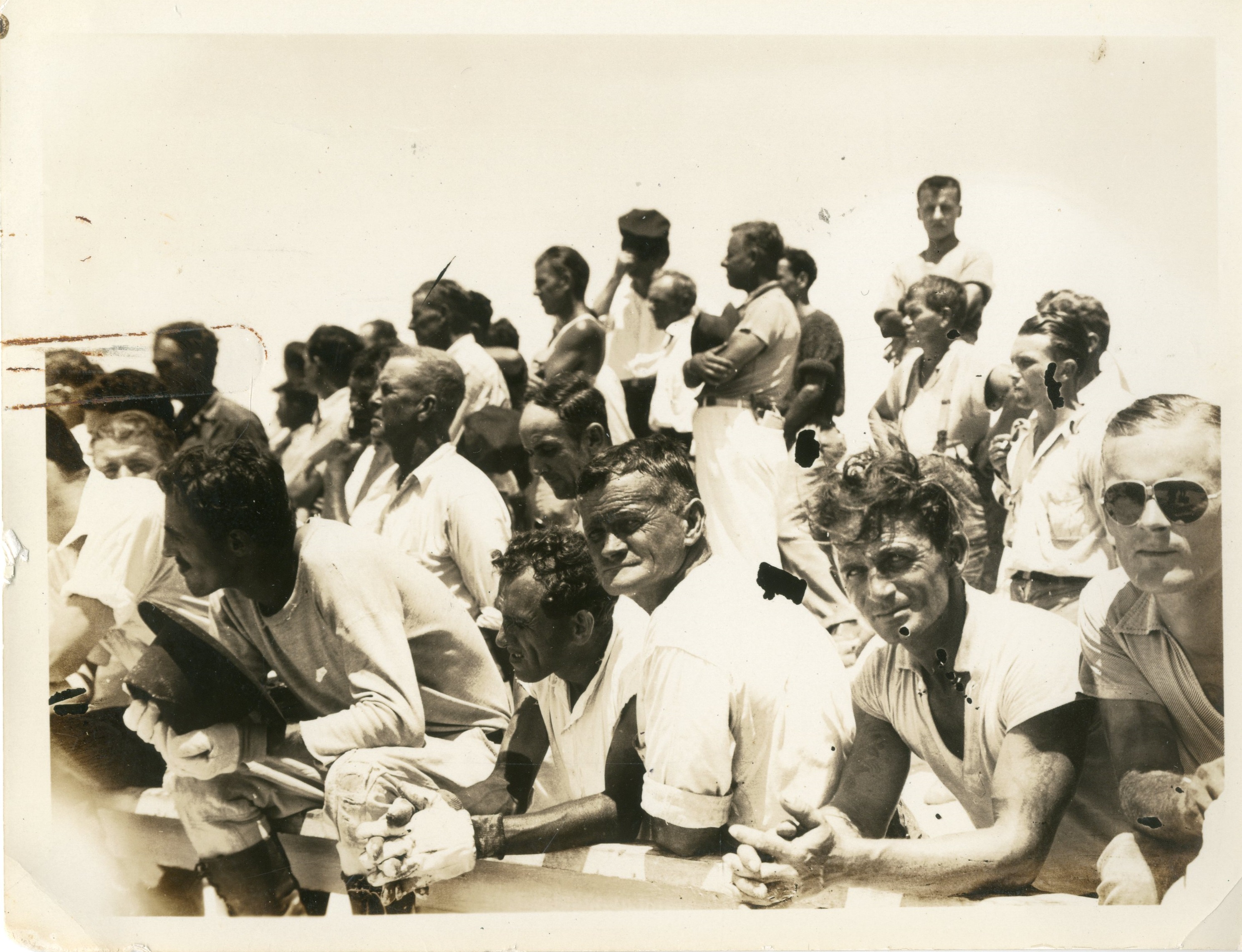 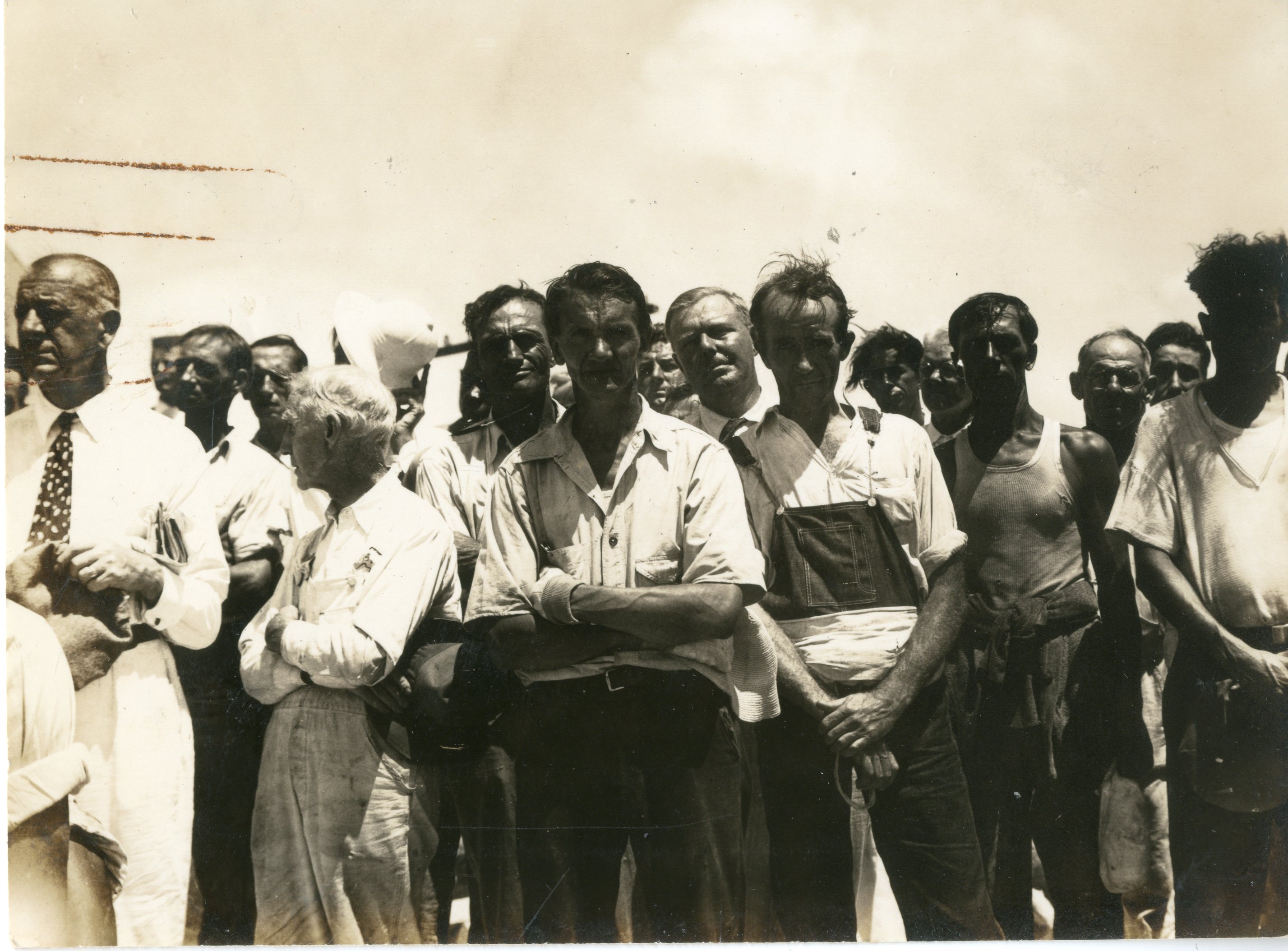 Survivors of the hurricane.

This photo album shows the rescue and recovery efforts made by state and federal officials after the 1935 Keys Hurricane. The photographs show bodies being placed in wooden boxes for identification. Due to the poor condition of the bodies upon recovery, the decision was made to forego transport to Miami. Instead, the badly decomposed bodies were cremated in a large funeral pyre. An honor guard was present at the cremation to give respect to the fallen military veterans and citizens.