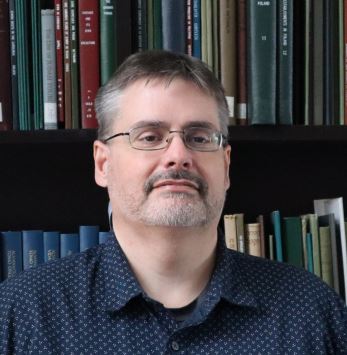 In 1892 James E. Ingraham, President of the South Florida Railroad, organized an expedition that traveled across the Everglades from Fort Myers on Florida's west coast to Miami on the east coast. The Expedition was supported by railroad and hotel magnate Henry B. Plant, and was referred to in various accounts as the "Everglade Exploring Expedition" or the "Ingraham Everglades Expedition." Expedition members included Sydney O. Chase, owner of Chase and Company, a leading citrus business in the state, and several men who worked for the South Florida Railroad. It was widely reported that the purpose for the Expedition was to survey a route for a railway line across the Everglades. The true purpose of the Expedition, however, was to investigate the Everglades to determine if the land could be drained for agriculture and development. This was not an original idea; people had proposed drainage and "land reclamation" for years, and Hamilton Disston had already invested a considerable amount of money in an attempt to drain the water.

Ingraham and party made note of all plants, trees and vegetation they encountered; took depth measurements of the water, soil and rock; searched for evidence of frost damage; and investigated the quality of the soil, crops, and fruits as they traveled. The party left Fort Myers on March 16, 1892, and arrived in Miami on April 5, after a grueling march that took nine days longer than the twelve they had planned. Even though they severely rationed their food, they ran out and had to eat turtles, birds and any other animals they could find on their way. They had intended to ride in boats for much of the trip, but the water was lower than expected and they had to wade most of the way, carrying the boats on portages while fighting through deep mud and dense, unrelenting sawgrass.

Before and after their march across the Everglades, the Expedition party also spent several days in Fort Myers and towns on Biscayne Bay and Florida's southeast coast. The people that they met on their month-long journey included some of the earliest settlers in South Florida, several Seminole men and women, and the founders of towns such as Miami, Palm Beach and Fort Myers. One of the most important results of the Expedition was that Ingraham returned to north Florida and convinced another railroad and hotel baron, Henry Flagler, to expand his empire southward along the east coast, which led to the development of modern Florida in the early 20th Century. The Expedition also provided information that would be used by politicians and corporate interests to advance plans for drainage of the Everglades.

Three men kept records and diaries of this significant Expedition: Wallace R. Moses served as official secretary for the Expedition and authored the official record, James E. Ingraham kept his own diary, and compassman Alonzo Church kept a diary which he later published under the title, A Dash Through the Everglades. It is unknown if their original diaries and notes exist, but typescripts of these texts are available in the James E. Ingraham Papers and the Chase Collection in the Special and Area Studies Collections Department of the University of Florida George A. Smathers Libraries. Digital reproductions of the typescripts are available at:

View the three texts side by side. The three encoded texts are presented side-by-side chronologically. Some of the texts also have front matter and back matter, such as cover letters or notes on end pages. The three texts have been transcribed and are represented in Text Encoding Initiative (TEI) P5 XML encoding. Line and page breaks have not been preserved in the encoded manuscripts. Any information supplied by the editor during encoding is enclosed in square brackets. For example, a date supplied by the editor might appear as: [March 16, 1892].

In an effort to provide context for the Expedition texts, this project includes information about significant subjects, dates, geographic locations, and the names of persons, families, corporate bodies and other named entities. To date, the research conducted in order to amass this contextual information has primarily involved sources such as journal articles, books, and newspapers, and online sources including both primary sources (e.g., census records) and secondary sources (e.g., wikipedia.org and findagrave.com). Also included are primary sources such as the archival or manuscript collections of the people, families and corporate bodies referenced in the texts (e.g., the James E. Ingraham Papers and the Chase Collection at the University of Florida). However, a great deal of research remains to be done in archival collections, and a future phase of this project will enhance this contextual information with historical data drawn from these primary sources.

Within the side-by-side text interface, click on any hyperlinked subject, name, or date in the texts. The contextual information also includes a list of all dates for which the topic was referenced in the texts. For example, when viewing information about the Punch Bowl on Biscayne Bay you can see that the spring was referenced on both April 8 and April 9. Also, a few historical facts about 1892 are provided to put the Expedition into context in terms of state, regional, national and international events. Finally, an effort has been made to include photographs of the significant people, places, and subjects referenced in the texts. As much as possible, these photographs are from 1892 or within a few years either before or after 1892 in order to depict the people, places and things as they existed at the time of the Expedition. Sydney O. Chase took several photographs with his Kodak camera throughout the duration of the Expedition. Unfortunately, there was a problem with the camera, the film, and/or the development of the film because all of the images are blurry.