Think you know all about Charles Darwin and evolution?  Check out these sites for some fun Darwin trivia!

Books by Darwin in the UF Libraries collection

The Health Science Center Library was pleased to host this exhibit from the National Library of Medicine from October 22 - December 8, 2010!

Charles Darwin’s 1859 work, On the Origin of Species, was instantly seen as a potent sign of a new science, a new way of conceiving the world. His theory was an immediate threat not just to those who were wedded to an older conception, but to all who relied on a given and settled order for meaning and for power. Emerging just as liberal reforms in western society seemed headed for radical explosion, just as technological change provided a social and economic motor that sped up life beyond all imagining, changes in science portended changes in society: “things fall apart; the center cannot hold.”

Information about the National Library of Medicine traveling exhibit

This exhibition is brought to you by the History of Medicine Division, National Library of Medicine and the National Institutes of Health Office of History.
Curated by:  Paul Theerman and Michael Sappol

Images from the Exhibit 'That Troubles Our Monkey Again,' in Fun, November 16, 1872. Courtesy of Yale University Library

Images of the Exhibit 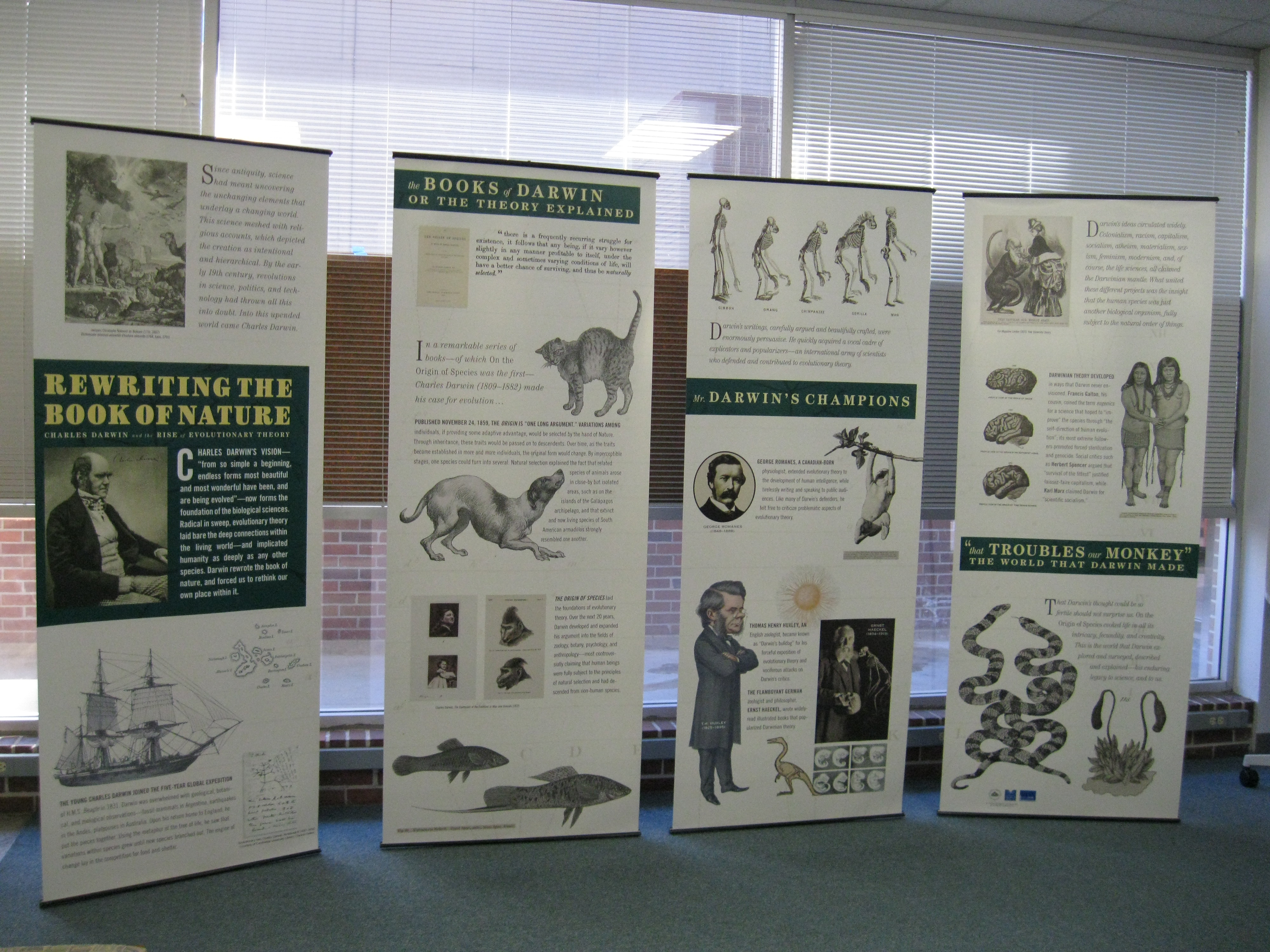 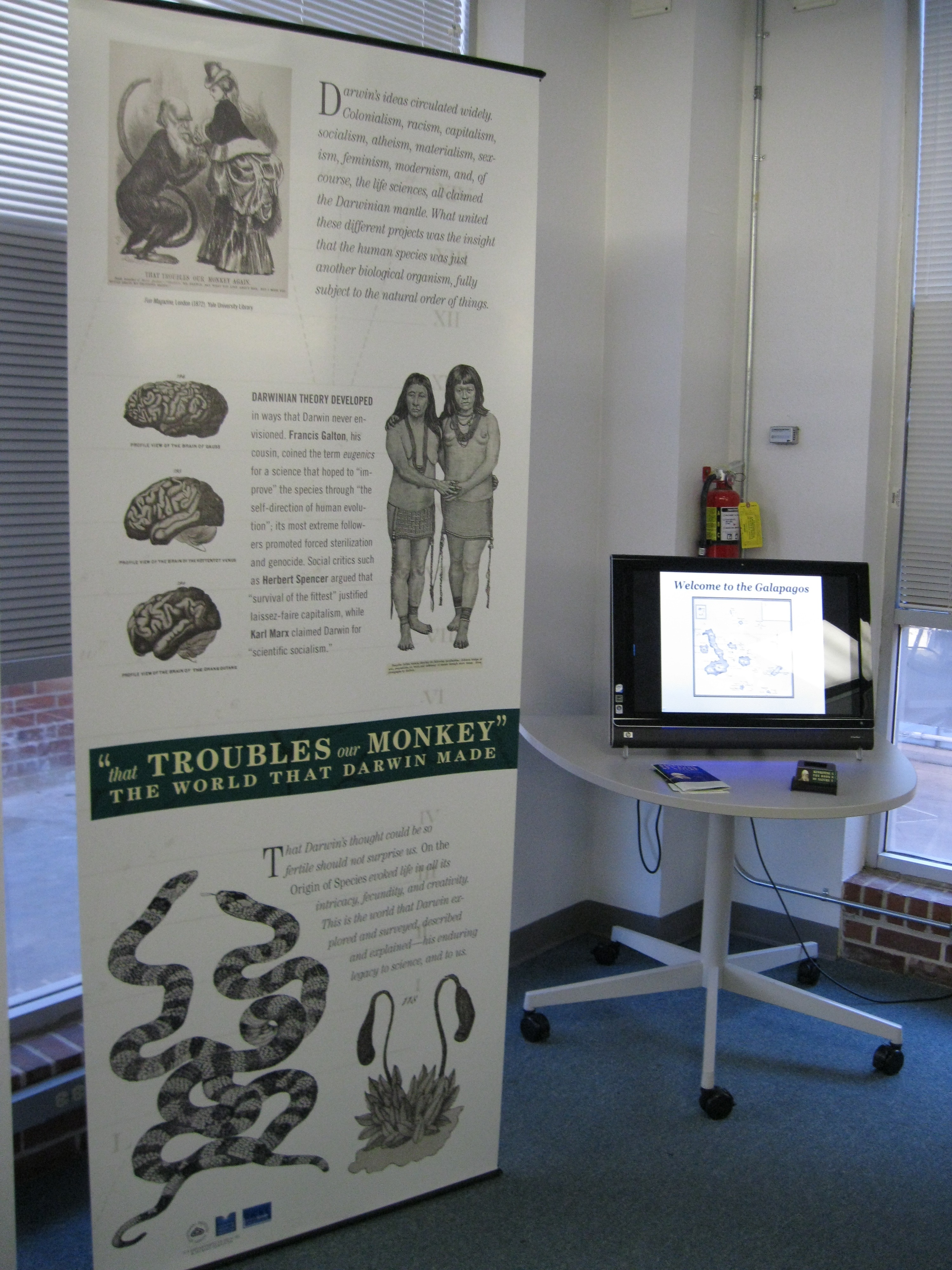