Florida Diaries: Travelers' Accounts of their Visits: The Travelers

Hewstone and Hazel Raymenton were world travelers who made trips to Europe and across the United States.  Their lengthy, humorous, account of a visit to St. Augustine, Florida, in 1916, features stops at Henry Flagler's Ponce de Leon Hotel, Fort Marion (the Castillo de San Marcos), and the Fountain of Youth.  The Raymentons had mixed reactions to St. Augustine, which they found both charming and hokey, views also expressed by other visitors, such as Ivar Widing, a young yachtsman of Boston, and Pennsylvania coal baron Robert Moffat Fleming.  Here for the first time are excerpts from the writings of these early tourists, drawn from their journals and letters at the University of Florida. 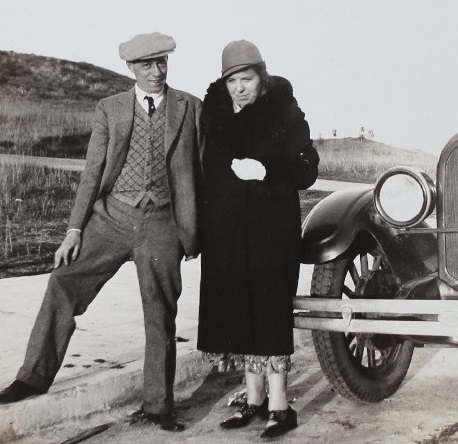 Hewstone Knight Raymenton (1891-1972) was from Worcester,  Mass.  An alumni of Yale, he  started out as a clerk in the Groton & Knight Mfg. Co., tanners of leather, and later rose to be purchasing agent.  Hazel Forcythe Jennings (1889-1972) was born in Wellsboro, Pennsylvania, the daughter of a military family, with ancestors who fought in the Civil War and the Spanish-American War. She attended Emerson College and was a member of the Phi Eta Sigma honor society.

The couple married in 1912 and later moved permanently to San Diego, Calif., where Hewstone, an avid collector of Native American textiles, served on the board of the San Diego Museum. 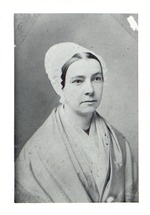 Martha and Charles Allen / From the P.K. Yonge Library of Florida History

Martha House Allen (1827-1900) and her husband Charles J. Allen (1822-1887) were from Baring St., Philadelphia., where they were members of the Society of Friends.  Charles served as the treasurer for the Westtown boarding school, a Quaker school.  Martha assisted in the management of the school.

[Read Martha's full account of her trip on the Ocklawaha River]

St. Augustine was not the Raymentons' only stop in Florida.  Their itinerary included Daytona and Palm Beach, Florida and they made the almost mandatory steamboat trip up the Ocklawaha River.  In this, they were following in the tradition of Harriet Beecher Stowe and Ulysses S. Grant, as well as of fellow-Philadelphians Martha D. Allen (1827-1900) and her husband Charles J. Allen (1822-1887).  Extracts from the couples' journals give us an engaging picture of what it was like to travel the narrow, winding Ocklawaha aboard the paddle-wheelers Okahumkee in 1874 and Hiawatha in 1916.