All about sustainability initiatives in the libraries 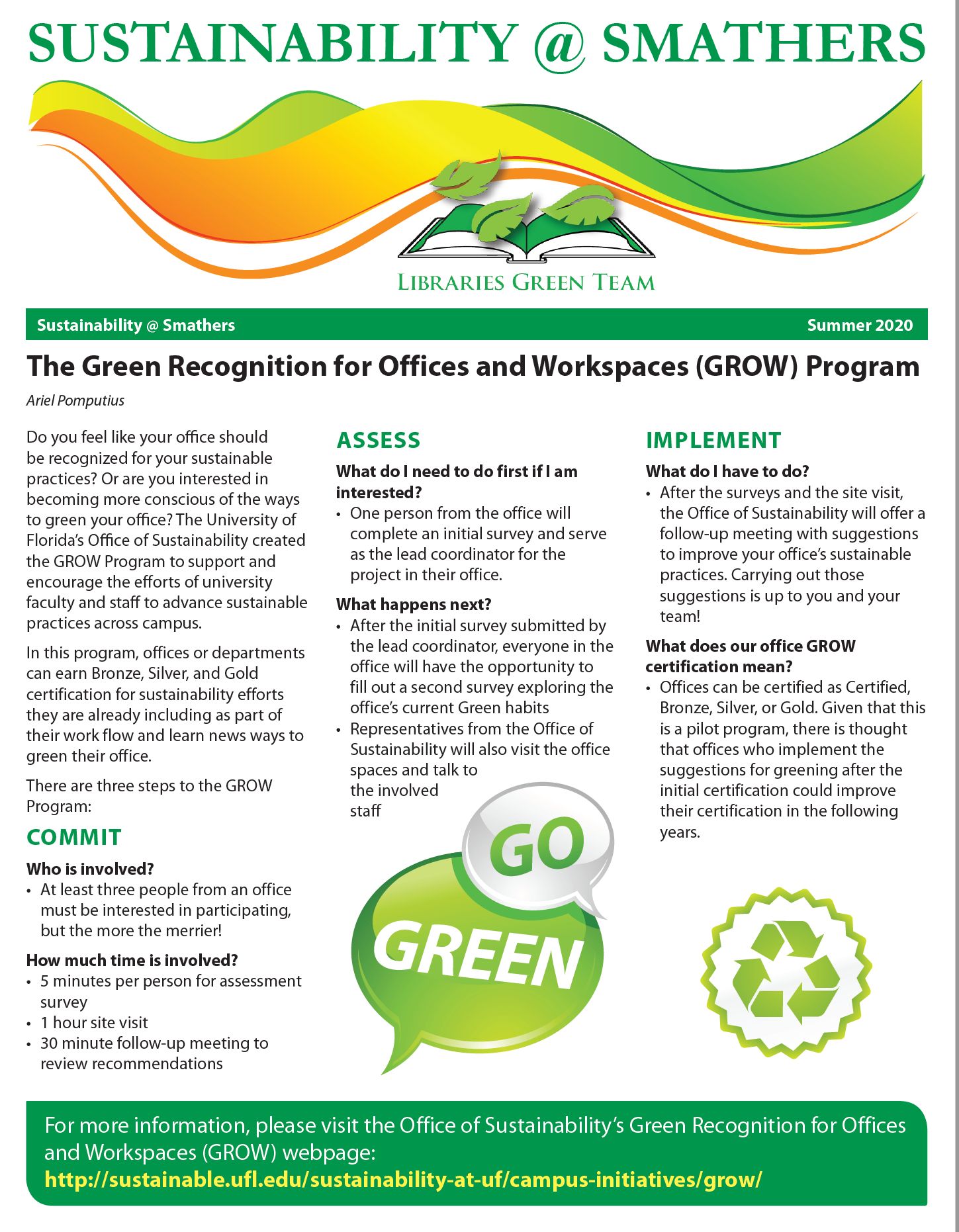 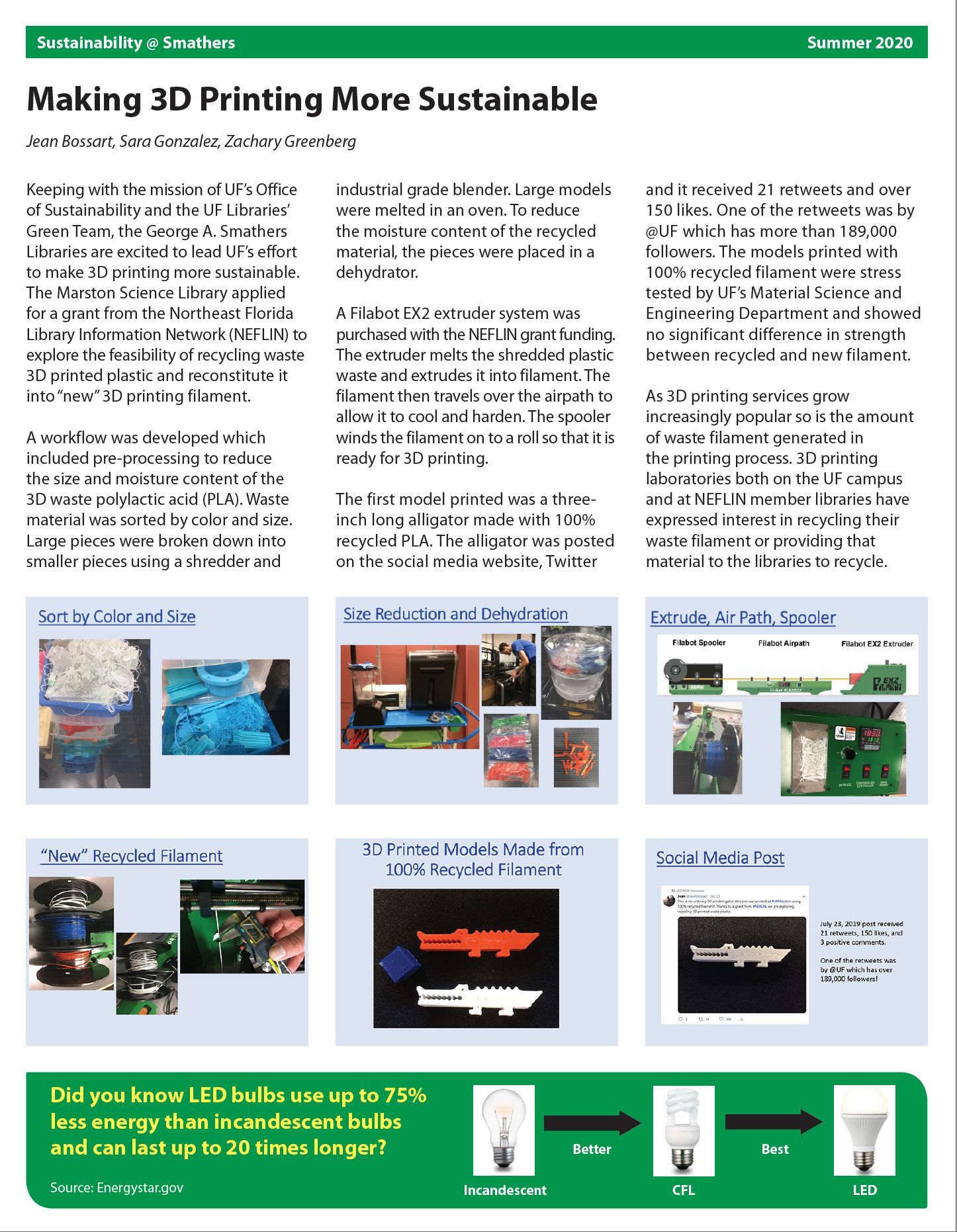 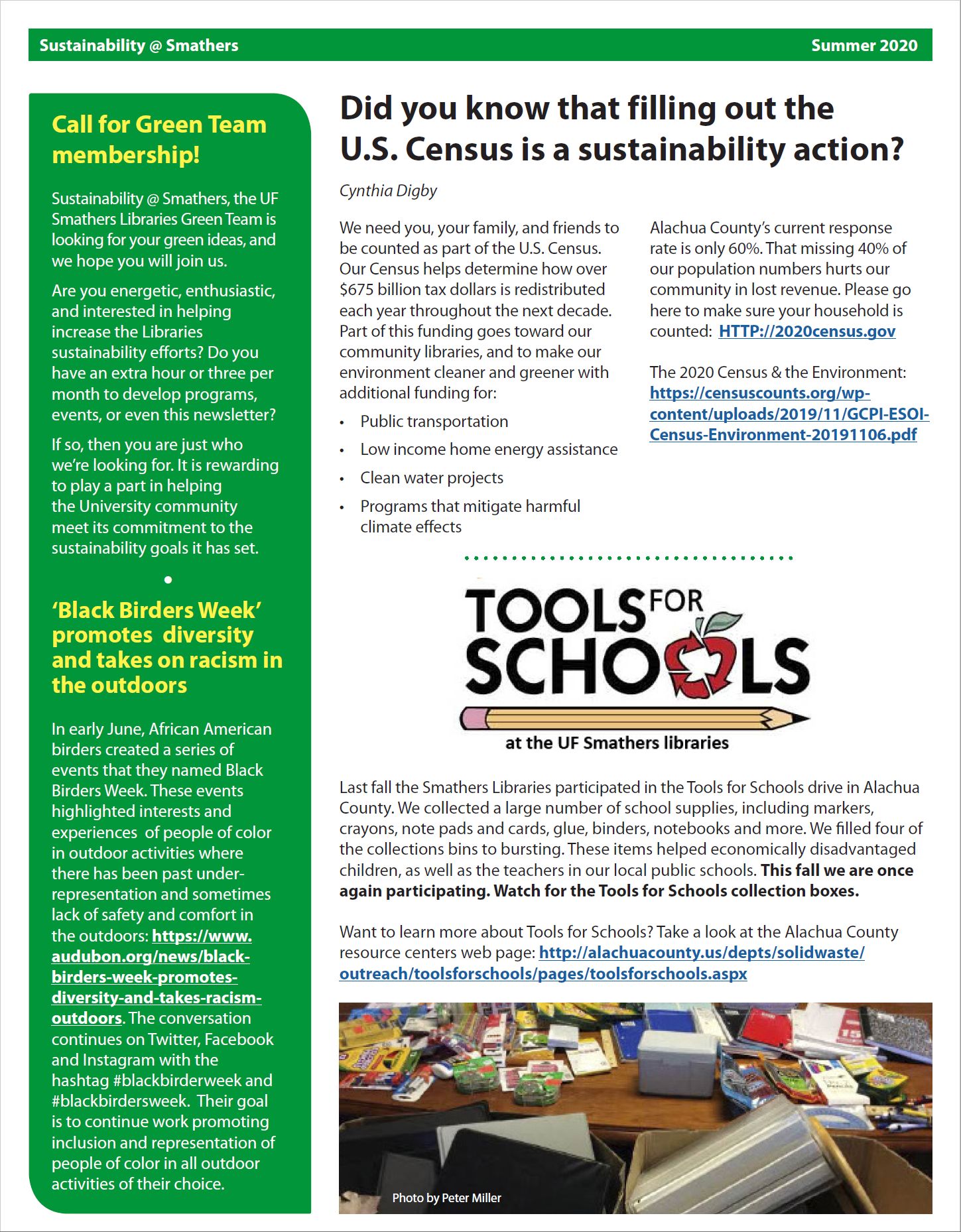 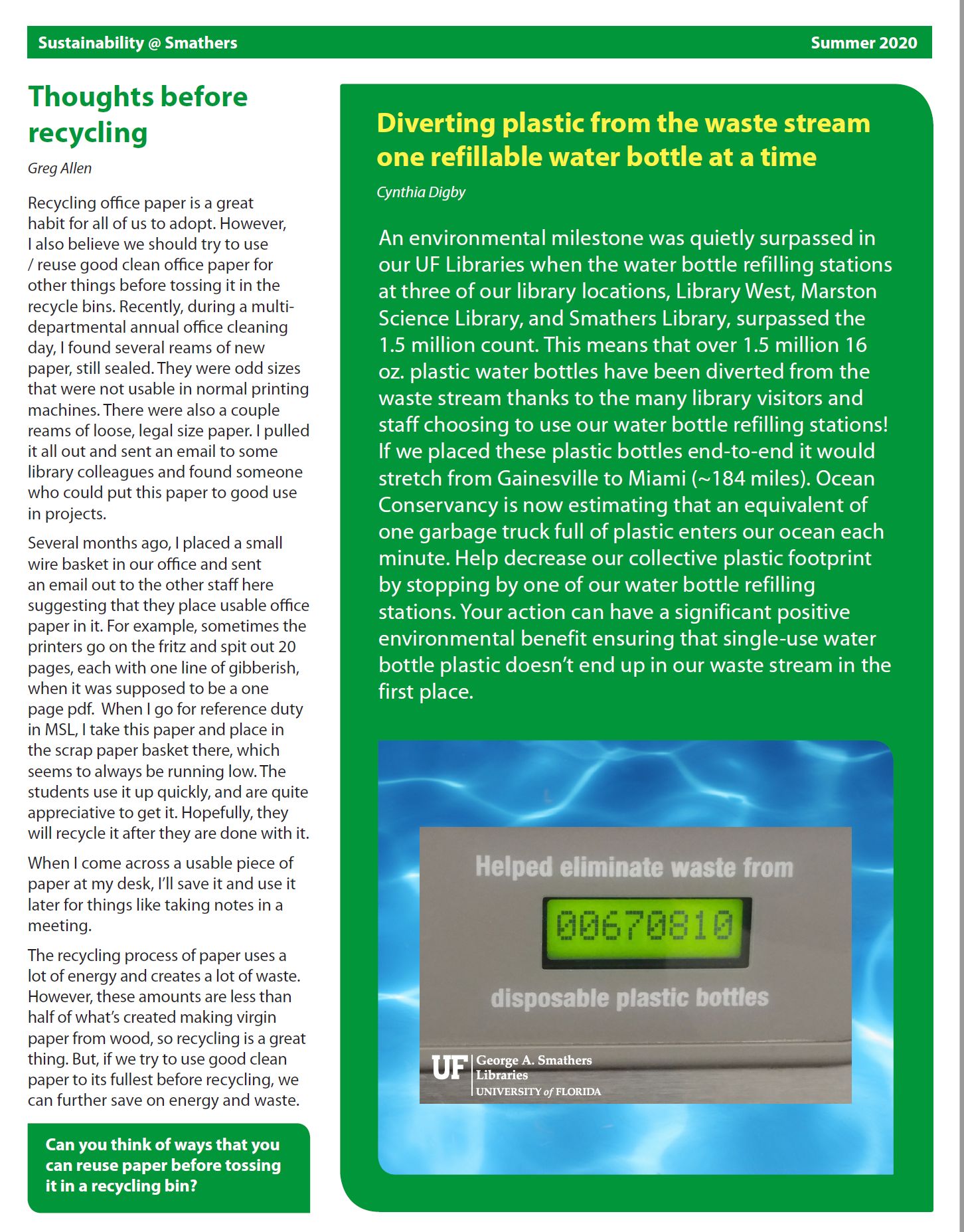 For past issues, visit the Green Team page in the Institutional Repository! 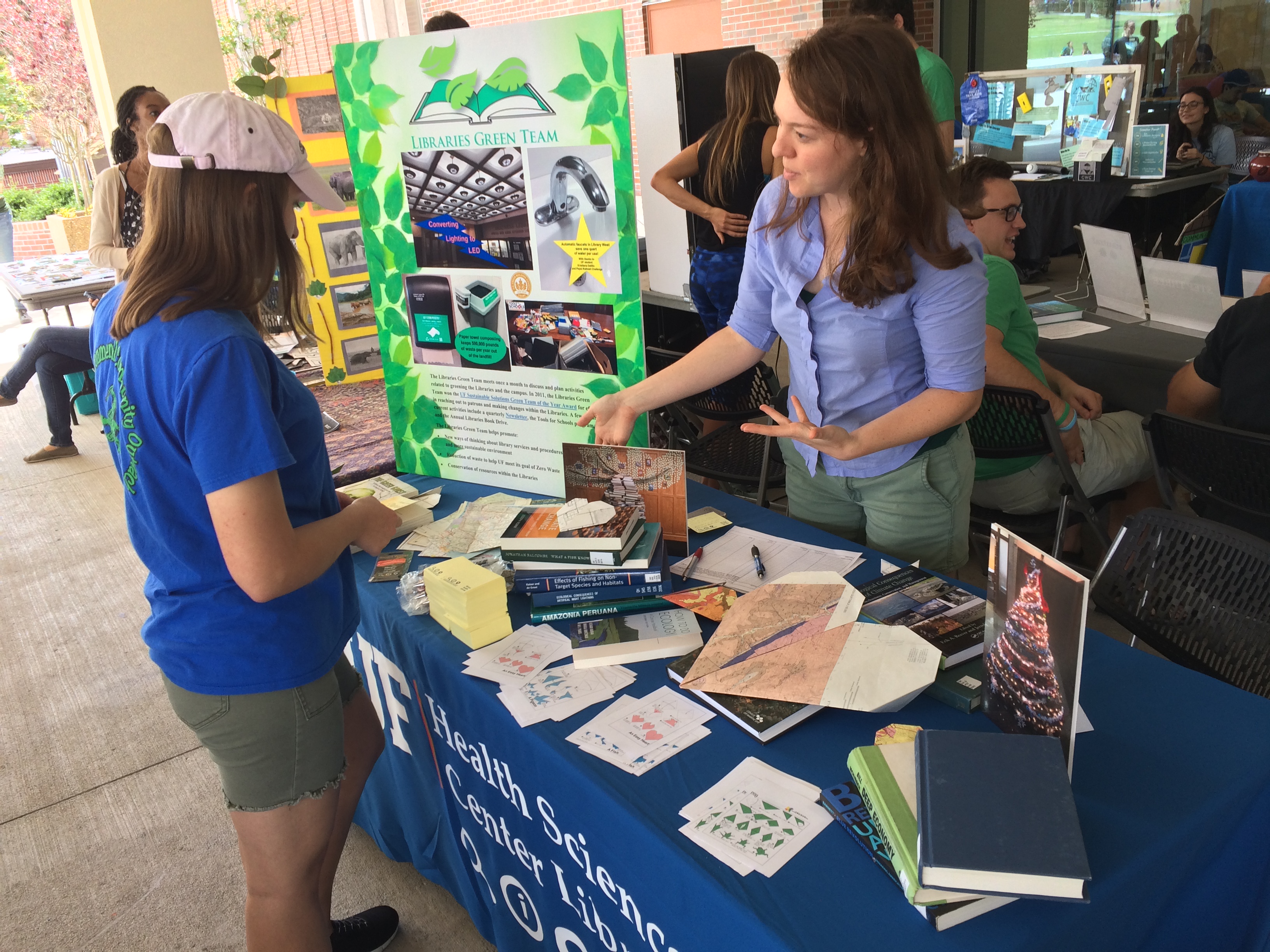 Interest in joining the team?

The UF Libraries’ Green Team has a mission to encourage and engage in action – through operations, education, research, and outreach – that affects change towards a more sustainable library, campus, and community.

The Libraries' Green Team supports the Smathers Libraries' strategic direction promoting the health and wellness of library employees, users, and community.  Environmental wellness, including sustainable and green living, is a key component of a holistic approach to wellness.