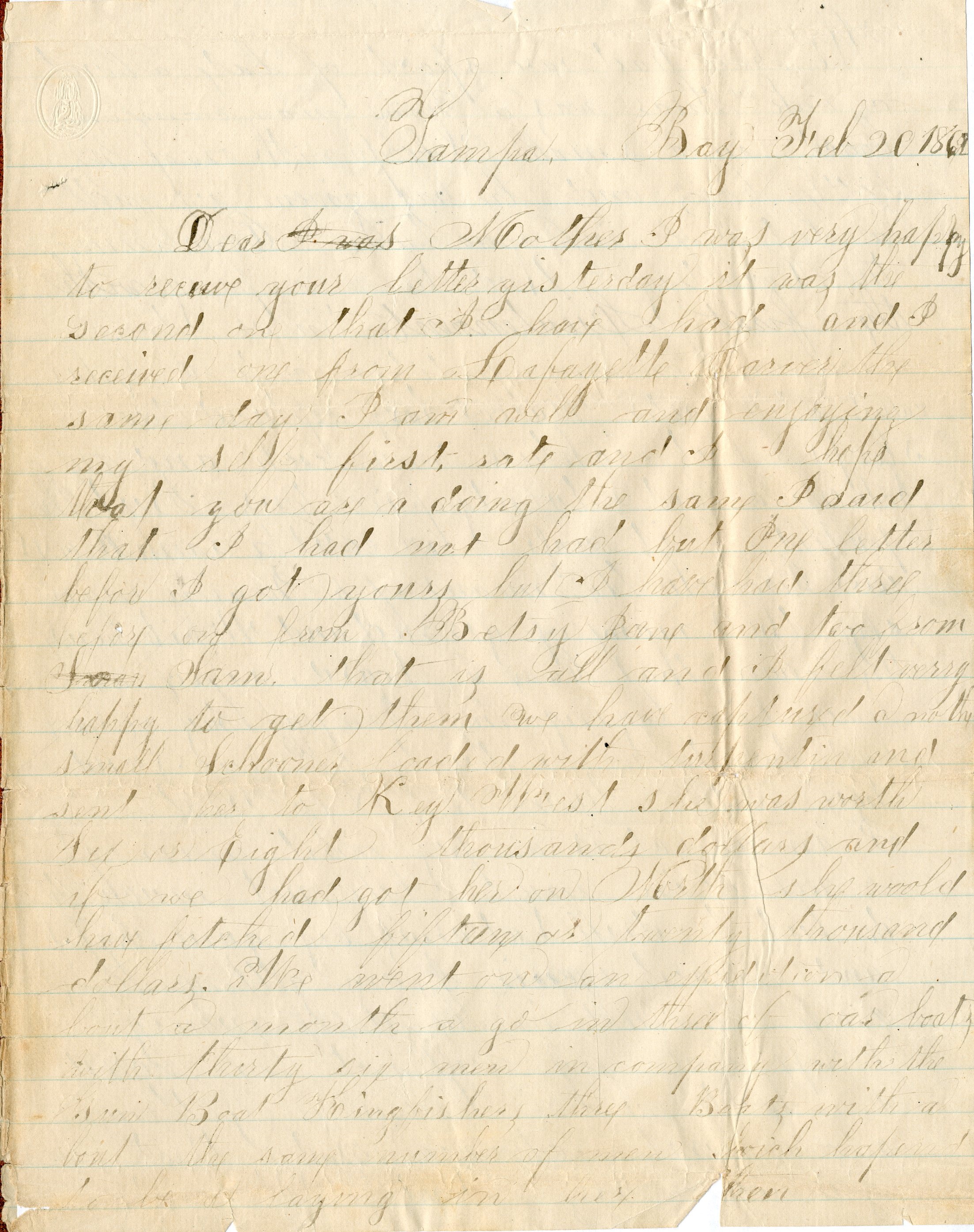 Dear Mother I was very happy to receive your letter yesterday it was the second one that I have had and I received on from Lafayette Carver the same day. I am well and enjoying myself first rate and I hope that you are a doing the same . . . . We have captured another small schooner loaded with turpentine and sent her to Key West she was worth six or eight thousand dollars and if we had got her on North should would have fetched fifteen or twenty thousand dollars. We went on an expedition about a month ago in three of our boats with thirty six men in company with the gun boat King Fisher, three boats with a bout the same number of men which happened to be laying in here. . . .  We have had rare sport of late about a week ago there was a Union man come on board in a small sloop with one of his little boys and he had given us quite a lot of information concerning the country and h in company with the first lieutenant, ten or twelve men wen ton an expedition to a place called still water harbor. They captured two sloops about eighteen tons each and one schooner about twenty-five tons. . . . we have had twenty- five or thirty prisoners and have sent them to Key West. I am as fat as a pig and never was as well in my life not much to do but to drill at arms big guns rifle and sword exercises. I am getting to be quite skilled in the use of gunnery. . . . tell all hands to write from your undutiful son Levi W. Smith