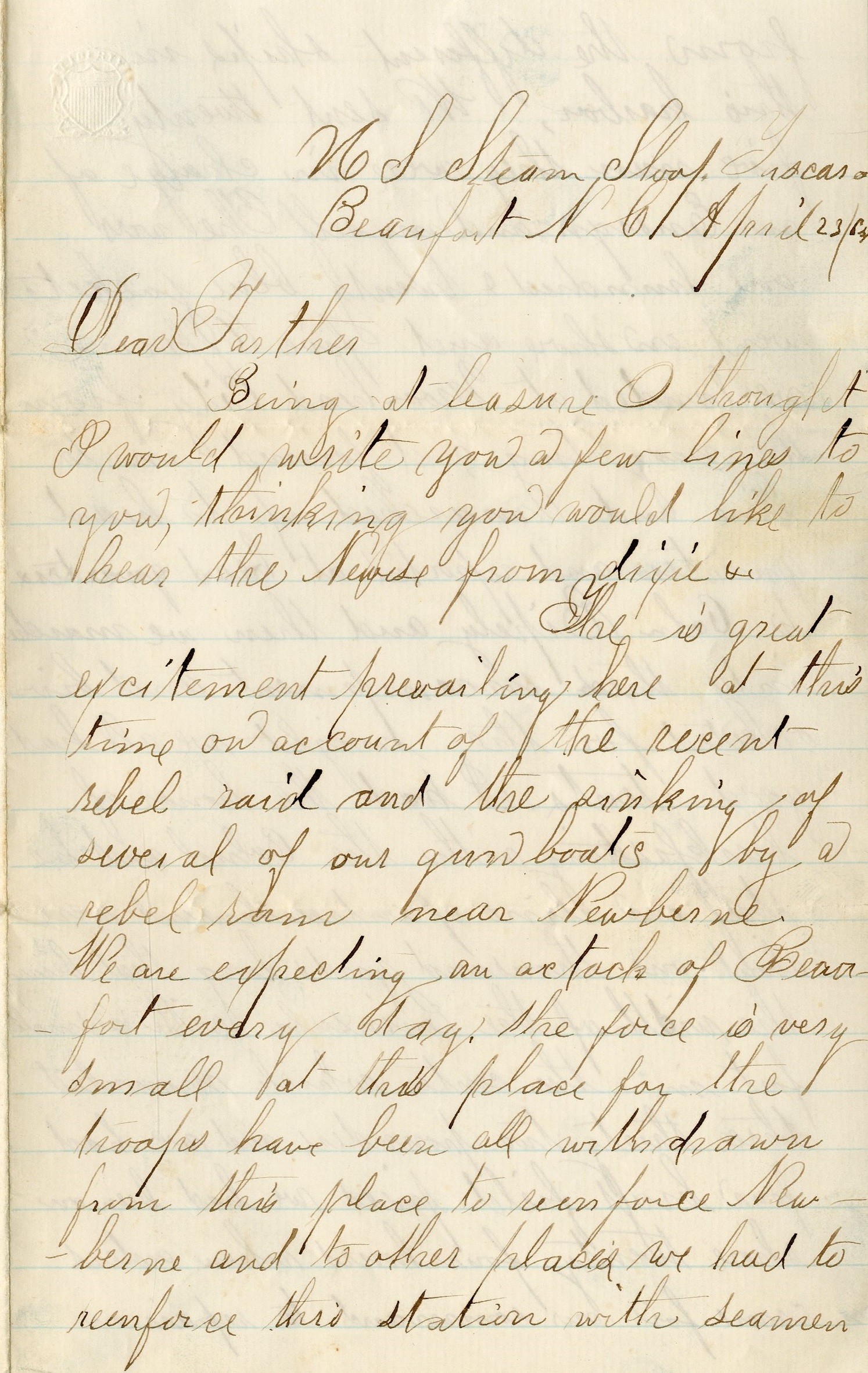 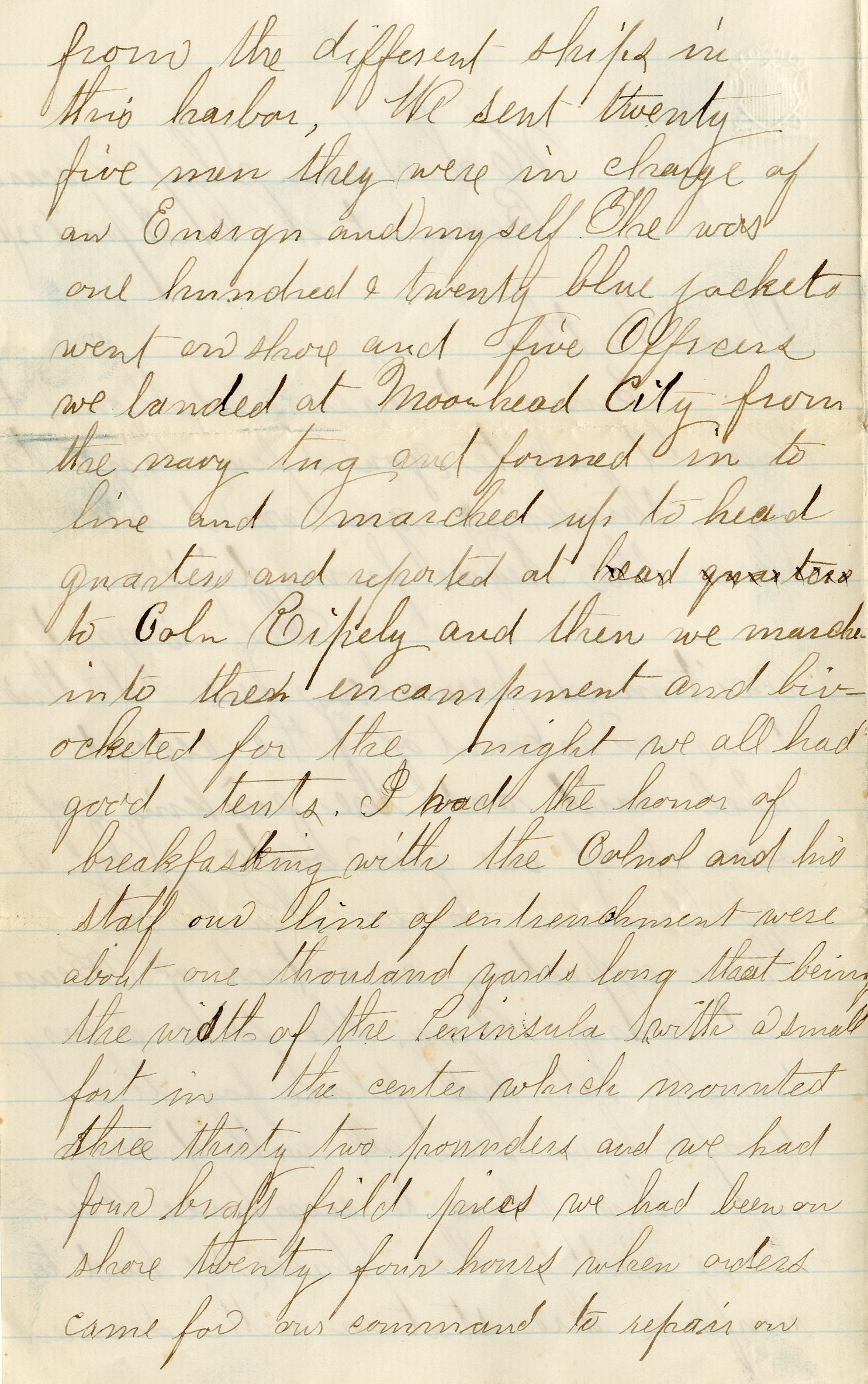 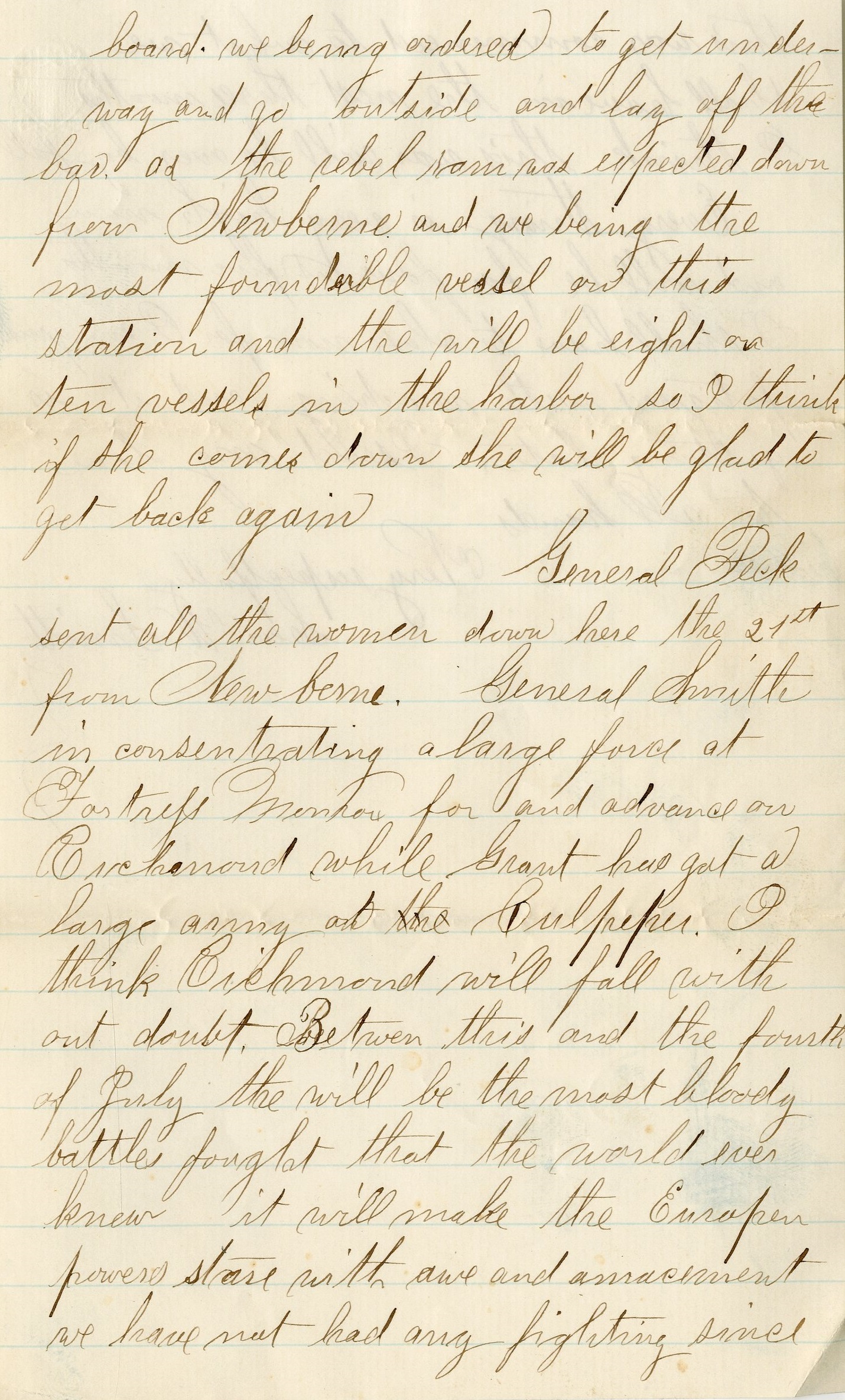 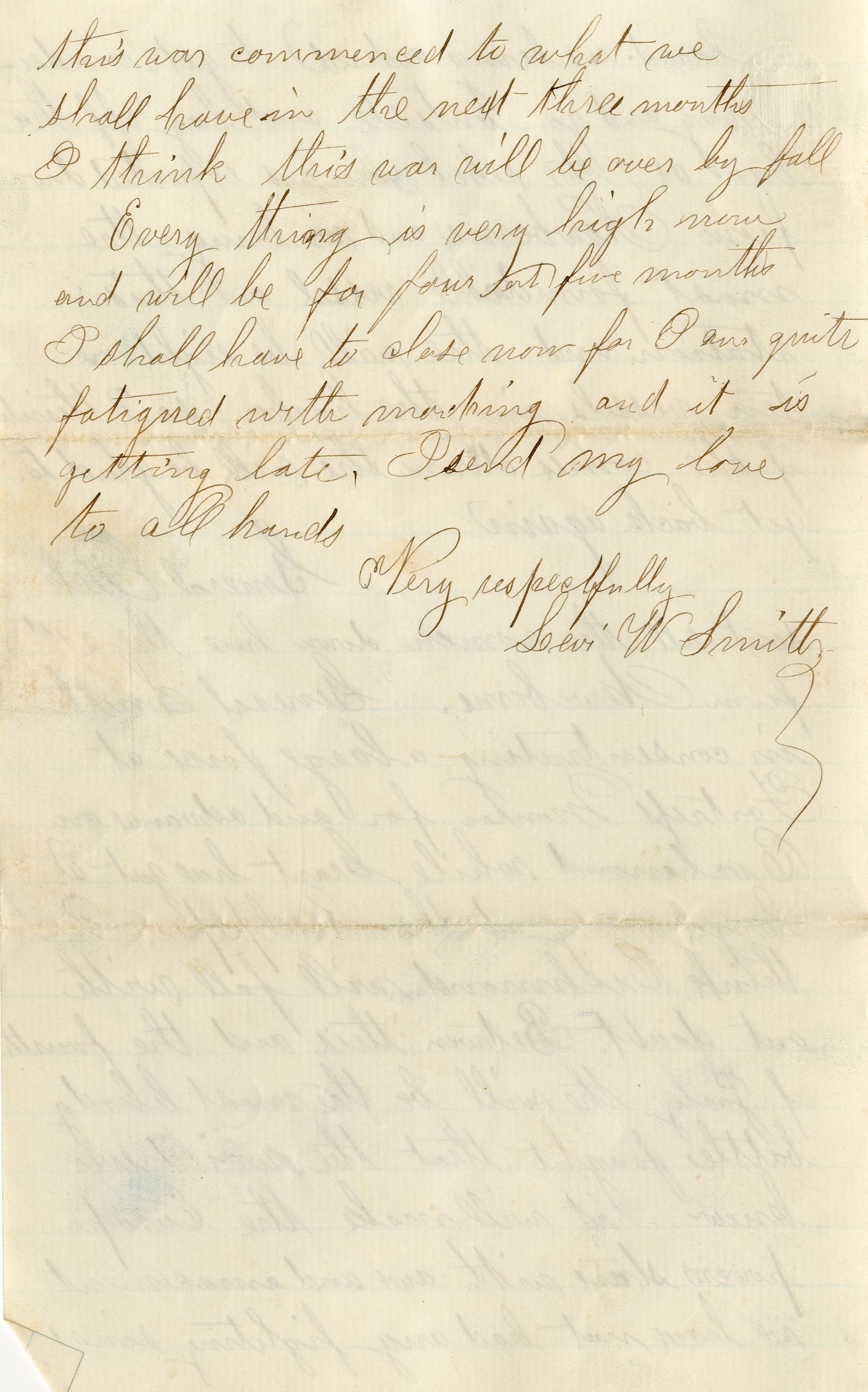 Being at leisure I thought I would write you a few lines to you [sic], thinking you would like to hear the news from Dixie.

There is great excitement prevailing here at this time on account of the recent rebel raid and the sinking of several of our gunboats by a rebel from near Newberne. We are expecting an attack of Beaufort every day. The force is very small at this place for the troops have been all withdrawn from this place to reinforce Newberne and to other places. We had to reinforce this station with seamen from the different ships in the harbor. We sent twenty five men. They were in charge of an Ensign and myself. The[re] was one hundred and twenty blue jackets went onshore and five officers. We landed at Moonhead City from the navy tug and formed in to line and marched up to headquarters and reported to Col. Ripely and then we marched into this encampment and bivouacked for the night. We all had good tents. I had the honor of breakfasting with the Colonel and his staff. Our line of entrenchment were about one thousand yards long that being the width of the Peninsula with a small fort in the center which mounted three thirty two pounders and we had four brass field pieces. We had been on shore twenty four hours when orders came for command to repair on board. We being ordered to get under way and go outside and lay off the bar as the rebel ram [?] was expected down from Newberne and we being the most formidable vessel on this station and the will be eight or ten vessels in the harbor so I think if she comes down she will be glad to get back again.

General Peck sent all the women down here the 21st from Newberne. General Smith is concentrating a large force at Fortress Monroe for an advance on Richmond while Grant has got a large army at Culpeper [sic]. I think Richmond will fall with out doubt between this and the fourth of July there will be the most bloody battle fought that the world ever knew. It will make the European powers stare with awe and amazement we have not had any fighting since this war commenced to what we shall have in the next three months. I think this war will be over by fall .

Every thing is very high now and will be for four or five months. I shall have to close now for I am quite fatigued with marching and it is getting late. Send my love to all hands.