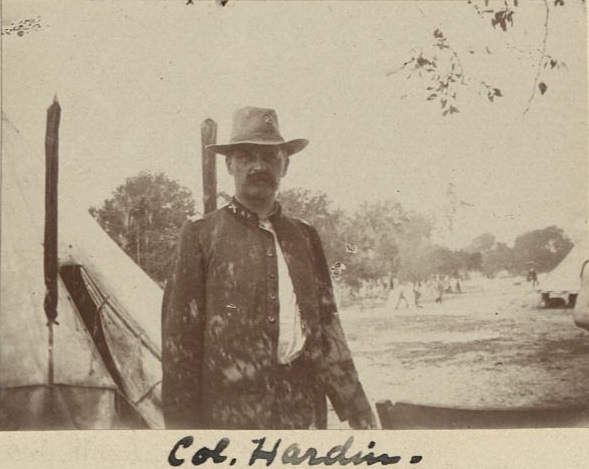 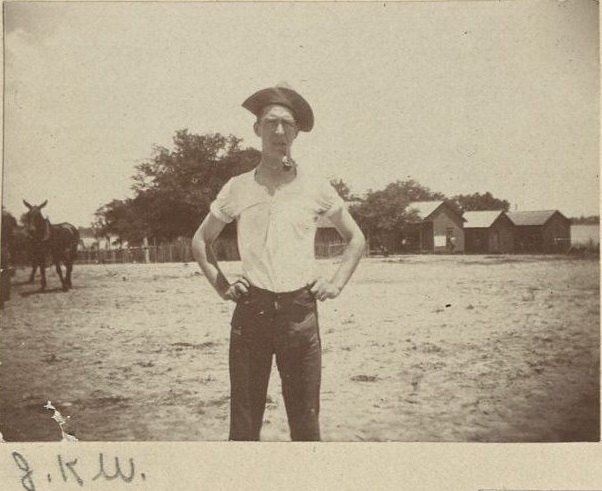 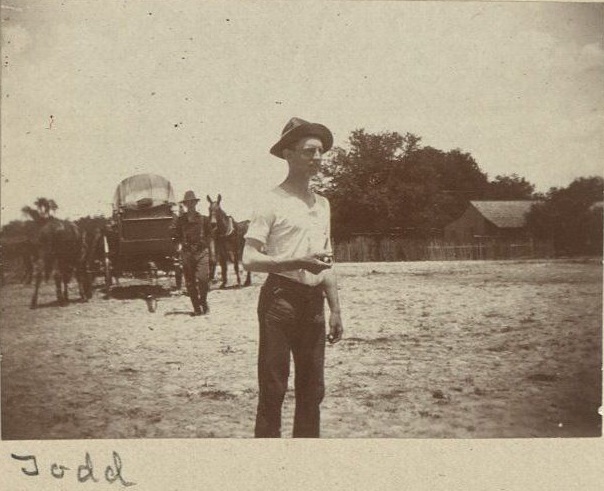 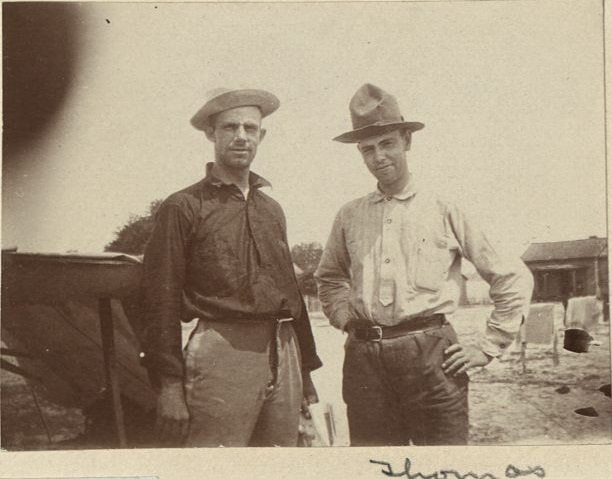 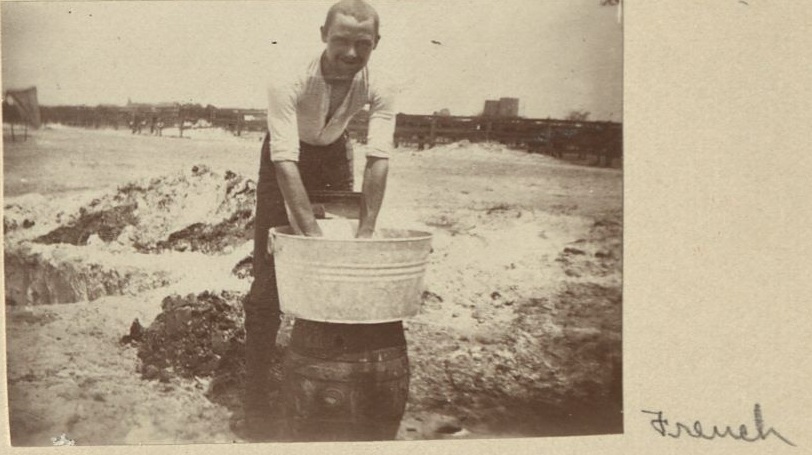 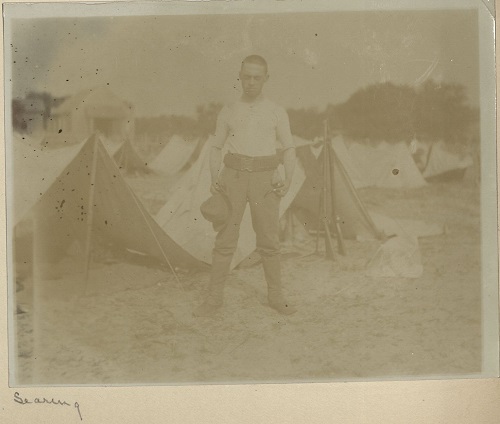 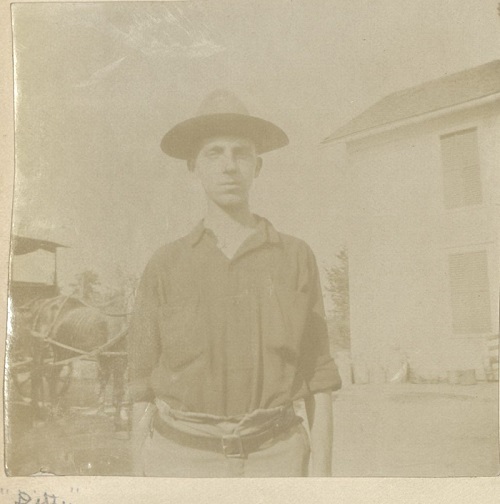 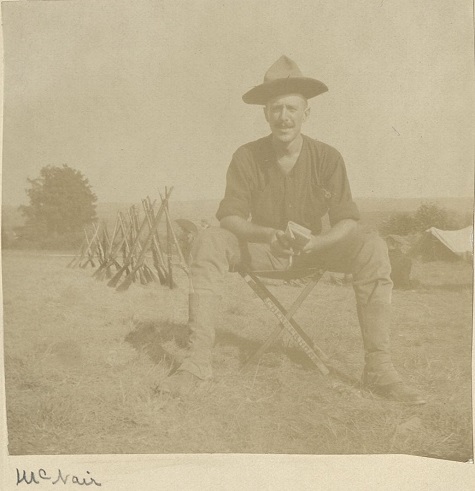 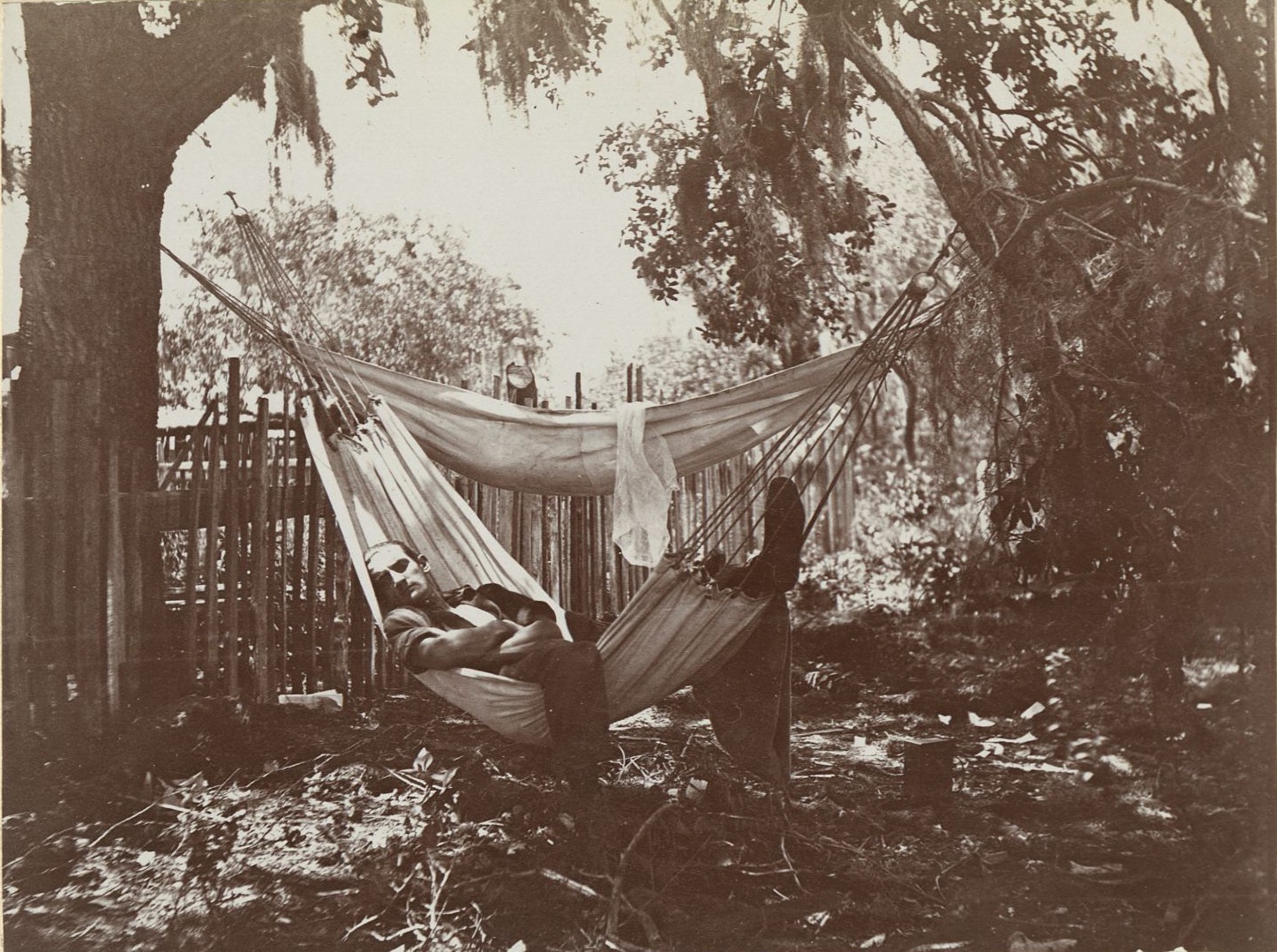 A sick man in a hammock 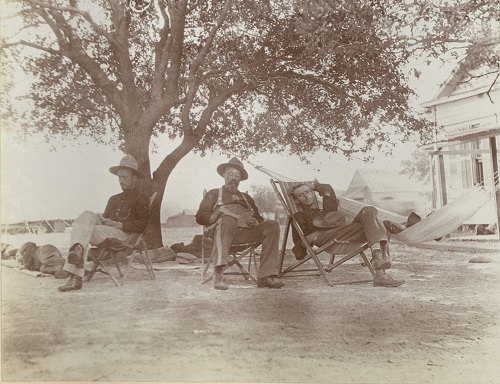 Company "L" of the New York 2nd Regiment of Volunteers was recruited from Saratoga Springs, New York. Commanded by Captain Amos C. Rich, the company suffered significant losses during their brief service. Of the 111 men of the company, 8 died while encamped, which made up a quarter of all the deaths in the 2nd Regiment. Many of those that survived went on to have distinguished careers in Saratoga Springs and beyond. Hiram C. Todd became a prominent attorney and investigator who served as District Attorney for the Northern District of New York from 1921 to 1922, John K. Walbridge was a prominent publisher who was Saratoga County Treasurer from 1912 to 1918, his brother Benjamin K. Walbridge was a prominent lawyer who argued cases before New York appellate courts and the Supreme Court of New York, Jacob R. Ditmars attended Cornell University as part of the Class of 1903, and Winsor P. French was the father of the Cleveland Press society columnist Winsor French.