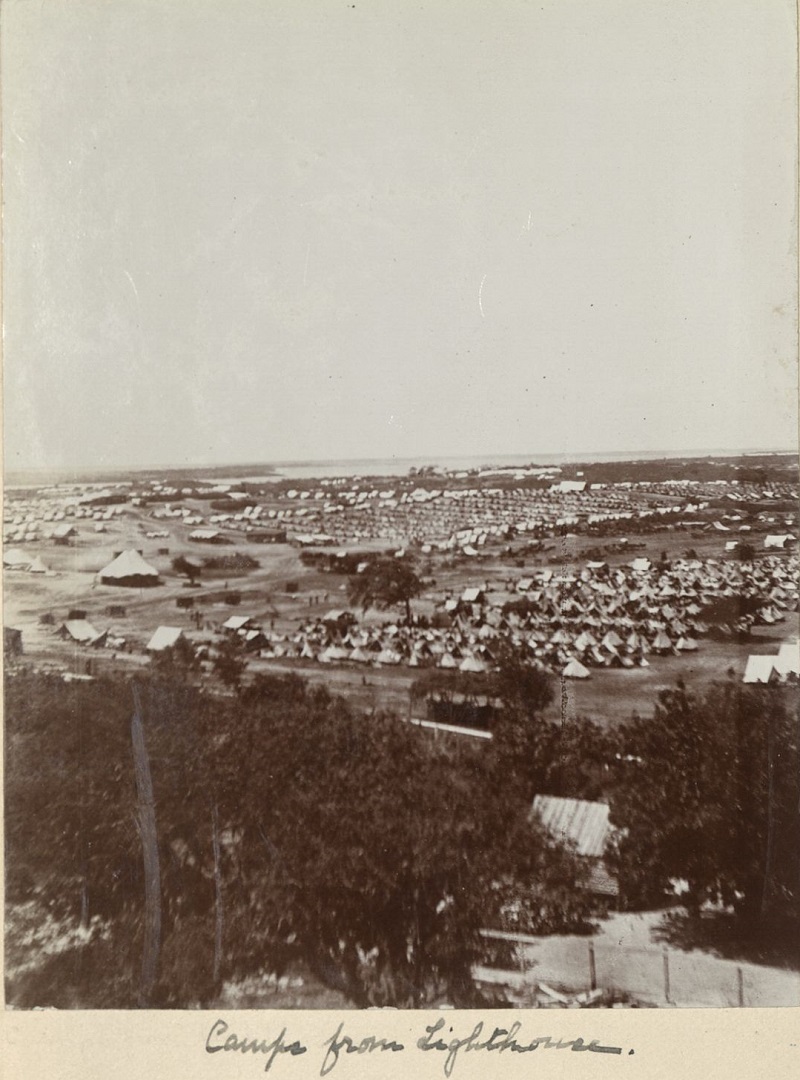 View of Camp Amelia from the Fernandina lighthouse 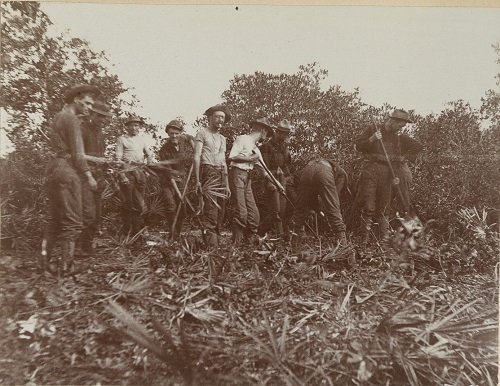 Setting up camp in Fernandina 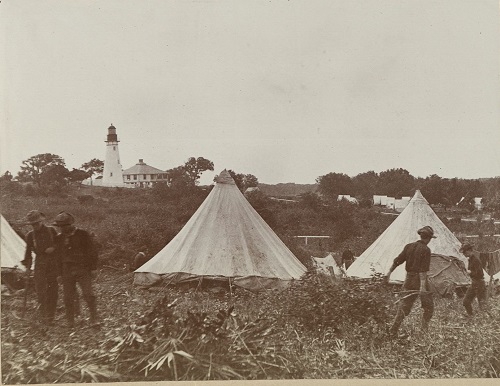 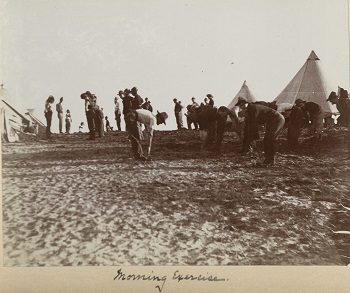 After departing Tampa, the troops of the 2nd Regiment made their way across the state to Fernandina, being transported by the Florida Central and Peninsular Railroad. The regiment arrived on July 27, 1898. Camp Amelia was constructed 3/4ths of a mile east of the village of Fernandina. The soldiers had to work hard to clear dense brush that could stand six-feet high, and as a result the soldiers initially lived amidst swarms of mosquitos. This gradually dissipated as the brush was cleared. Even more soldiers fell ill with typhoid, with 142 soldiers being treated in the camp hospital at one point. On the positive side, the opportunities for bathing were much greater in Fernandina, with groups of soldiers traveling a mile to the beach almost daily. Despite this, the situation was grim in the camp, with several deaths due to typhoid fever, and the rest of the troops so weakened that the daily military drills were relaxed. The initial plan was to relocate the troops to Huntsville, Alabama to regain their strength, but this was later changed to Sand Lake, near Troy, New York. The order was given to transfer on August 19, and after the War Department inspected the proposed campsite, the troops took down their tents and left for New York on August 24.