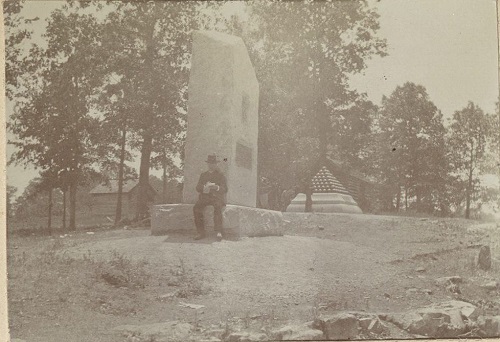 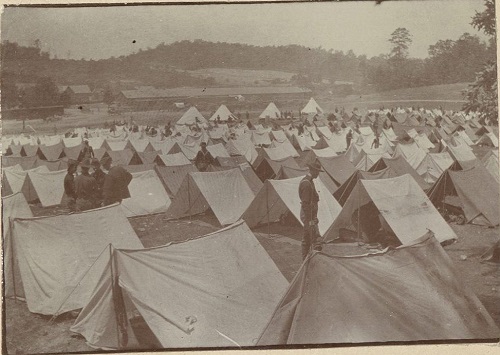 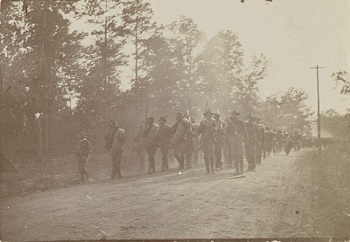 The 2nd New York Regiment went into camp in the southeastern part of the Chickamauga National Military Park on May 21, 1898. The camp initially suffered from a lack of good water, but after a few days pipes were installed along the rear of the camp. However, in the meantime a number of soldiers suffered from both bad water and the heat, with the northern soldiers not used to the southern heat. While at camp, the 2nd Regiment was brigaded with the 5th Maryland Regiment and 2nd Nebraska Regiment and grouped as the Second Brigade, commanded by Hardin. While in Chickamauga, 117 mules and 29 wagons were acquired to transport equipment and rations. The order to transfer to Tampa was received on May 30, and on June 1, the soldiers at Chickamauga left camp bound for Tampa.