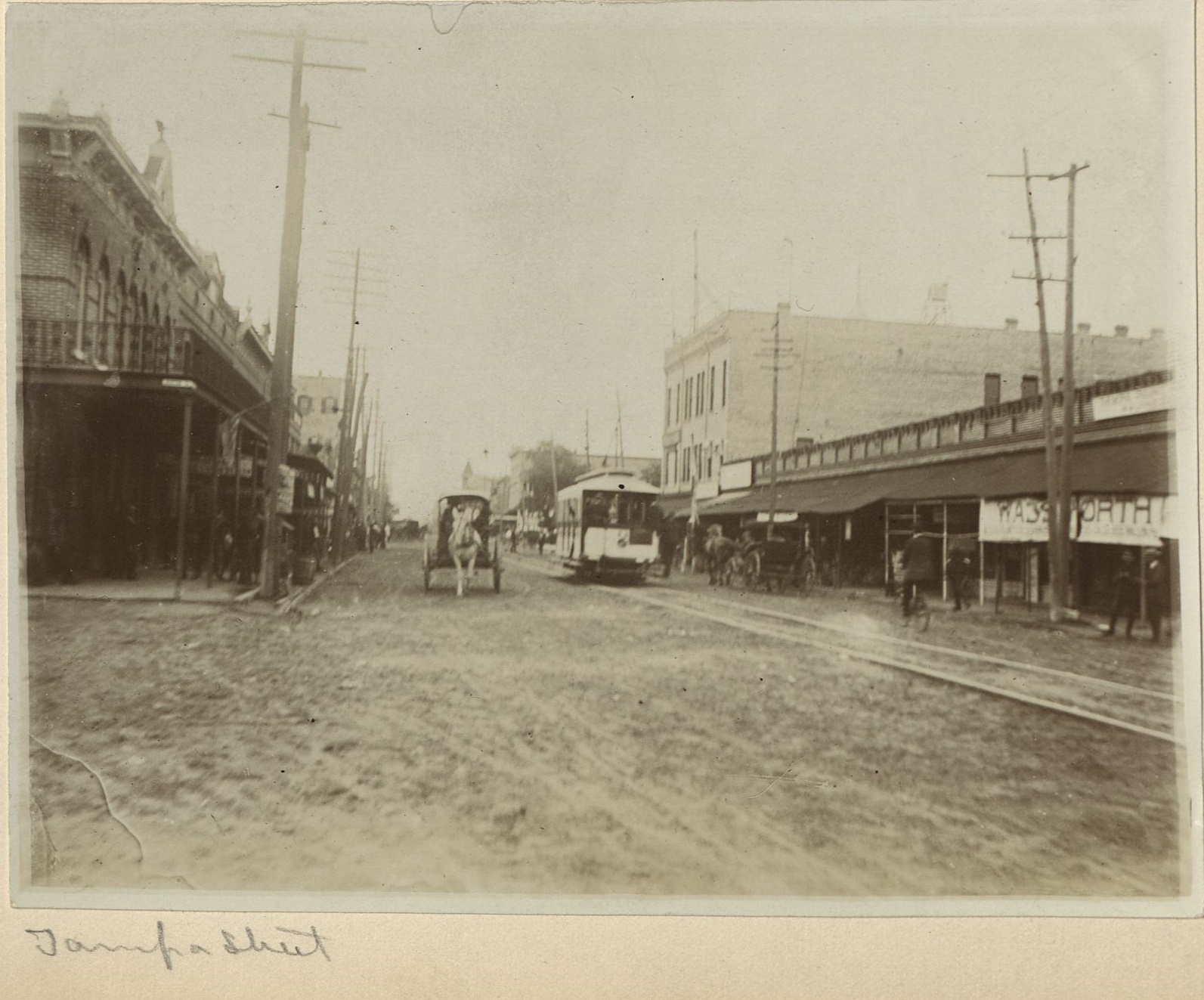 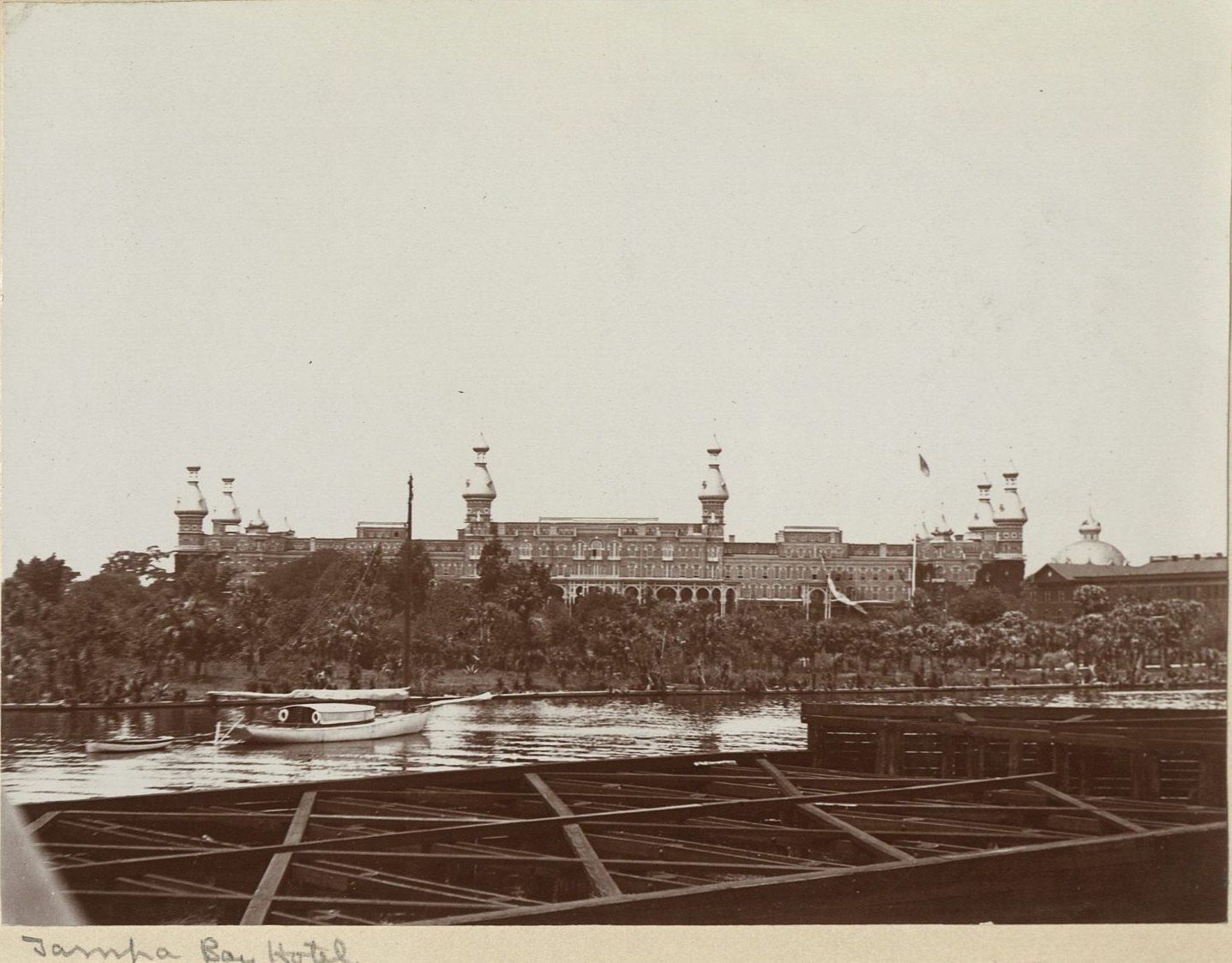 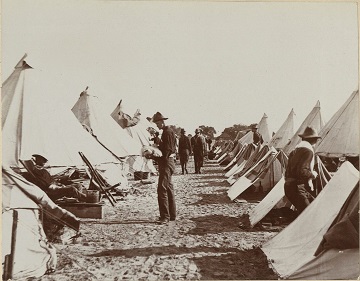 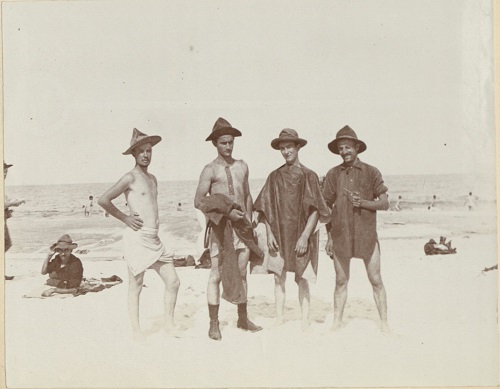 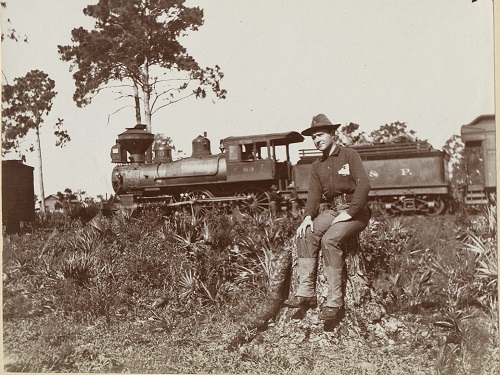 On June 3, 1898, the soldiers of the 2nd Regiment arrived in Tampa. The troops were split into six camps across Tampa and one in Lakeland, while the officers and civilians were headquartered at the Tampa Bay Hotel (now the main building of the University of Tampa); the 2nd Regiment was based at Fort Brooke, at the mouth of the Hillsborough River on the site of a former army installation of the same name. The soldiers were to await transport ships to take them either to Santiago, Cuba or San Juan, Puerto Rico. However, due to a shortage of transports and illness among the troops in Cuba, the group's departure was delayed, and the New York 2nd Regiment ended up waiting in Tampa for over a month. During this time, the soldiers saw the sights of Tampa, with the Plant System railroad providing weekend excursions for the soldiers. In addition, several soldiers were transferred to other regiments. An example of this was Corporal Hiram C. Todd of Company "L", who received a promotion to Second Lieutenant of the 202nd Regiment of New York Infantry; because of his transfer, Todd ended up serving in Cuba, unlike his comrades in the 2nd Regiment. Others, like Private Charles L. Thayer of Company "L", died due to the unsanitary conditions of Tampa, which abetted the spread of typhoid and malaria. Plans were made to move the camp to healthier environs away from Tampa, but instead, the troops were ordered to Fernandina, Florida on July 20.