The Seminole people have deep roots in the state of Florida and the greater Southeastern region. Today, three Federally recognized Seminole entities endure, the Seminole Tribe of Florida, the Miccosukee Tribe of Indians of Florida, and the Seminole Nation of Oklahoma. Most of the Seminole people who once lived in the greater North Florida area, where the University of Florida is located, were forcibly removed during the Seminole Wars. Their lands became the basis for much of the Lands included under the Federal Morril Act in Florida, which provided that states could sell Federal lands and use the money to construct public universities. The University of Florida is one of the Land Grant Universities in the state today. Place names in the surrounding landscape reflect the Seminole influence and the Muscogee-Creek language; for example Payne's Prairie, Miccanopy, and Alachua. You can find out more about the Seminole People on campus at the Florida Museum of Natural History, or at their cultural museum in Big Cypress, Ah-Tah-Thi-Ki Museum. 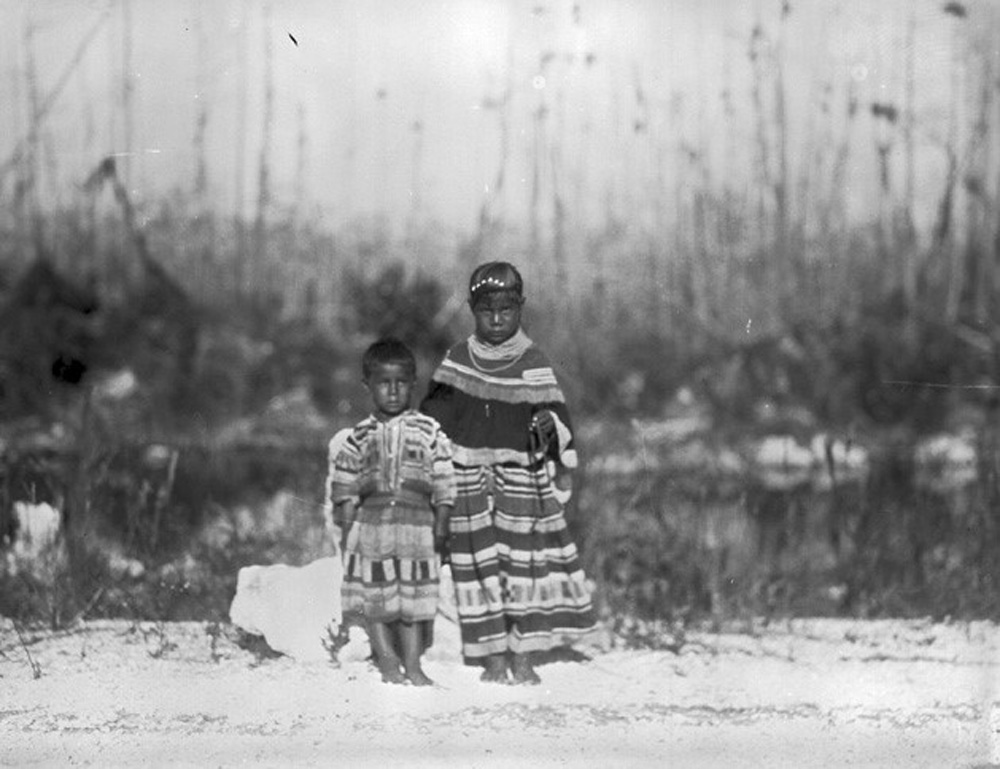 The University of Florida Digital Collections feature numerous records pertaining to the Seminole people, including images, oral histories, writings, and more. When visiting the UFDC search under the keyword "Seminole" and use the factors at the left to further refine your search.