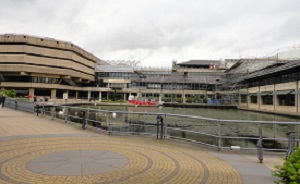 The colonial papers pertaining to British North America are held in the British National Archives.  UF Libraries has a microfilm set of the papers relevant to East and West Florida, which is kept in the P.K. Yonge Library of Florida History.  The papers are also available to UF students, on a limited trial basis, through the online archive "Colonial America" created and hosted by Adam Matthew.

The British ruled over Florida for 20 years (1763 to 1783), until forced by treaty to surrender the colony and evacuate (1784-1785). During this time, English was the predominant language of administration. The British divided Florida into two separate colonies for ease of governance: East Florida with its capital at St. Augustine, and West Florida with its capital at Pensacola. West Florida proved difficult to develop, although it included towns such as Mobile and Natchez.  Initially, under the governorship of James Grant, East Florida saw a great deal of investment and an influx of settlers.  Large plantations based on slave labor were established, growing crops of sugar cane, rice, and indigo.

During the American Revolution, both East and West Florida remained loyal to Britain, and many Loyalists from other colonies relocated there as fortunes went against them in the Thirteen Colonies.   In 1779, Spain invaded West Florida and took control of the colony by 1781. Two years later, with Britain having little interest in holding onto Florida, territory was transferred back to Spain in the Treaty of Paris. Spain would remain in control of Florida until 1821.

Summary of the Holdings on Florida in CO 5, the British colonial record on North America