Florida's colonial era is a diverse period, and there are many sources to choose from. Which sources you will use depends on what period of time you wish to research. For instance, if you are working on the Second Spanish period, resources can be found in the East Florida Papers in the Library of Congress and in the Papeles de Cuba at the Archivo General de Indies in Seville, Spain. Documents that would be of use would include correspondence with higher Spanish officials (in this case the captain-general in Cuba), declarations of war and peace, treaties and other documents related to foreign affairs, and reports about civil and military affairs.

It is increasingly easy to get to information and documents through the Web.

An ongoing project at Vanderbilt University to document slave communities across colonial Latin America and the Caribbean; includes a digitized version of the Catholic parish records of St. Augustine, Florida, for the colonial era. 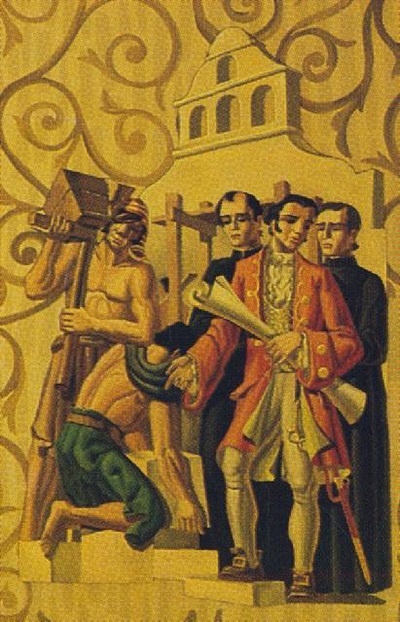 Information on Archives and Collections

PARES is an online search engine for Spanish archival documents run by the Spanish Ministry of Education. The tool offers free digital access to millions of images and documents.

Discovery is the search tool offered by the British National Archives. Over 9 million documents are available for download from 2,500 archives across the United Kingdom. Discovery also offers research guides and other aids on popular topics.

THE EAST FLORIDA PAPERS AT THE LIBRARY OF CONGRESS

The East Florida Papers  represent the official local record of the government of St. Augustine, Florida, during the late colonial, or Second Spanish, period (1783-1821), along with some documents about earlier eras. The collection is housed at the Library of Congress and is now online in digital format.

The Jay I. Kislak Collection is a large collection of rare books, manuscripts, maps, art, and documents held by the Library of Congress. It is highly-regarded and of interest to both researchers and the general public.

The Nettie Lee Benson Latin American Collection is a library at the University of Texas at Austin that contains over a million volumes of manuscripts, photographs, and other media relating to the history and culture of Latin America and Latino people in the United States. It is a global center of research.

The John Carter Brown Library is located on the campus of Brown University in Providence, Rhode Island. The library covers the history of the Americas prior to 1825, and contains 50,000 rare books, manuscripts, and maps.

Hispanic Collections at the Huntington

The Huntington in San Marino, California contains a rich collection of material related to Spanish rule in California and Mexico. Documents describe administration, religious life, indigenous peoples, and records from the Inquisition. The papers of prominent Californio (Hispanic natives of California) can also be found at the Huntington, detailing their role in the Spanish social system.

The Hispanic Museum and Library

The Hispanic Museum and Library contains the collections of the Hispanic Society of America. The society has over 18,000 works in every medium, including the most extensive collection of Hispanic art and literature outside of Spain and Latin America. The museum and library are in New York City, but due to renovations is currently closed and much of the collection has been loaned to other institutions.

The Newberry is an independent research library in Chicago. The library has millions of volumes of rare books, manuscripts, maps, and other materials from around the world and covering over six centuries.