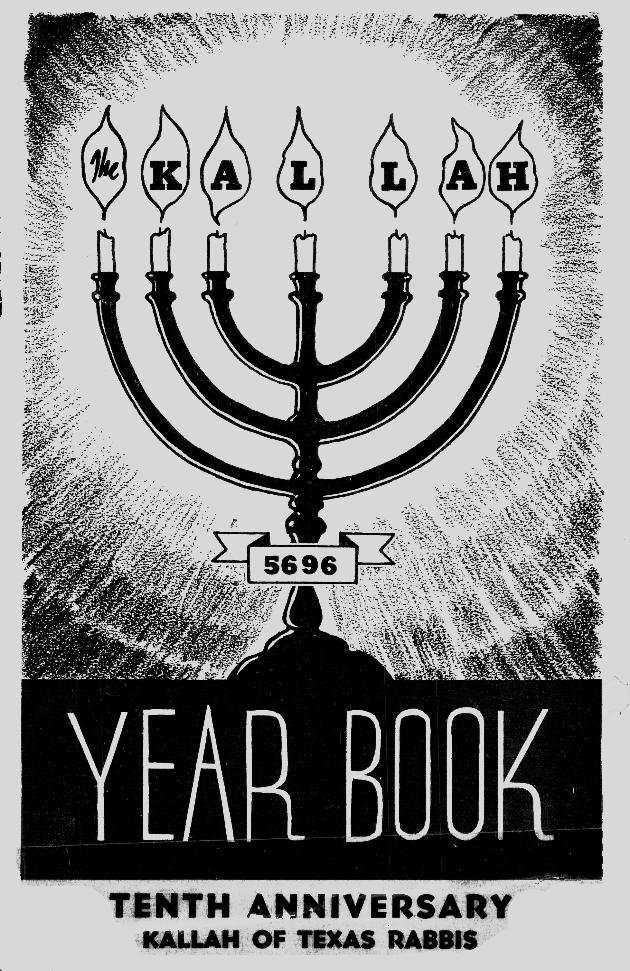 Kallah Convention of Texas Rabbis (Yearbook). This title is also available as an electronic resource.

American Academy for Jewish Research: The Academy represents the oldest organization of Judaic scholars in North America. Fellows are nominated and elected by their peers and thus constitute the most distinguished and most senior scholars teaching Judaic studies at American universities.

American Sephardi Federation: the federation represents the heritage of all Sephardim from the Iberian Peninsula and the Balkans, to the Jews of North Africa and Muslim lands including Iraq, Iran, Syria, Turkey, Yemen, Ethiopia and Bukharian Jews. Its mission is to promote and preserve the spiritual, historical, cultural and social traditions of all Sephardic communities as an integral part of Jewish heritage.

Association for Canadian Jewish Studies (ACJS): "The ACJS / Aéjc is a national organization with headquarters in Montreal. Since the 1970s the organization has been affiliated with several local Jewish historical societies and organizations throughout Canada."

Judaica Europeana: Judaica Europeana will work with European cultural institutions to identify content documenting the Jewish contribution to the cities of Europe. It will digitise 10,500 photos, 1,500 postcards and 7,150 recordings as well as several million pages from books, newspapers, archives and press clippings. The digitised content will be available at Europeana.eu.

Latin American Jewish Studies Association (LAJSA): "LAJSA serves as a network for scholars who are working on related themes but who are geographically distant from one another. Members maintain contact with one another through membership directory, the listserv LAJSA-List and the semiannual Latin American Jewish Studies, which carries news of professional activities, critical reviews of new scholarly work, and current bibliography."

Stephen Roth Institute for the Study of Contemporary Antisemitism and Racism:

The Stephen Roth Institute for the Study of Contemporary Antisemitism and Racism is a resource for information, provides a forum for academic discussion, and fosters continuing research on issues related to antisemitic and racist theories and manifestations. The social and political exploitation of these phenomena since the end of World War II, and the influence of their historical background, constitute the principal focus of the Institute. 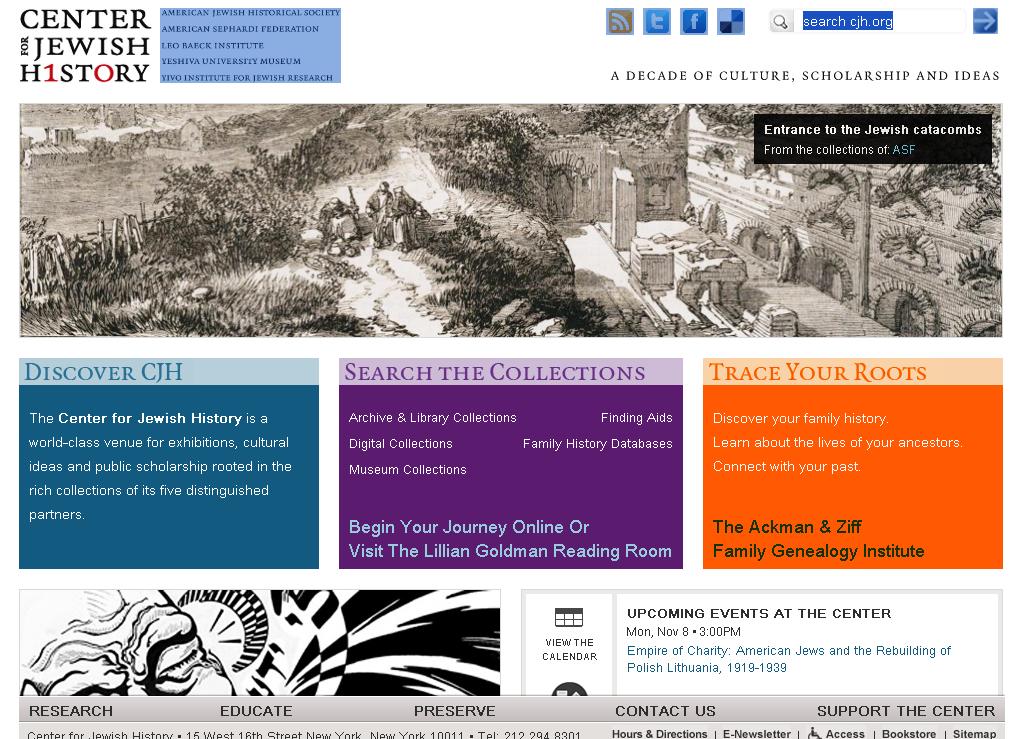 The Center for Jewish History is a world-class venue for exhibitions, cultural ideas and public scholarship rooted in the rich collections of its five distinguished partners: the American Jewish Historical Society, the American Sephardi Federation, the Leo Baeck Institute, the Yeshiva University Museum, and the Yivo Institute for Jewish Research.