Newspaper Classification:
An Expansion of the Library of Congress “A”
Classification to Accommodate International
Newspapers

Classifying Newspapers : an Expansion of the Library of Congress AN Schedule

Additionally, PN4899-5650 has been reserved for the history and description of individual newspapers.

So if LC doesn’t bother, why should we? There are arguments against going to the trouble of classifying newspapers. It is true that Freeland and Bailey’s study (2008) indicated that use of current print newspapers has dwindled significantly. And for current, print newspapers alone, an alphabetic arrangement might well suffice for all but the largest collections. Digital archives do not require a call number for sorting and retrieval. However, digitization projects have not yet approached anything like creating access for the entire corpus of newspaper production. Partially as a result of the Tasini decision (N.Y. Times Co. v. Tasini, 533 U.S. 483, 505 (2001)), many digitized collections contain only some articles, omitting advertisements, freelancer-created articles and syndicated content. Furthermore, digitization projects are not yet practical in much of the developing world (Loubser, 2006), and there are doubts about the viability of digital formats for long-term preservation. As Brown and Fenton (2006, p.65) contend:

“Preservation microfilming reduces the potential of significant risk of loss inherent in both the nature of the acidic hardcopy papers and in the digital repositories which need to be systematically backed up, refreshed and/or migrated to ensure their ongoing accessibility. Microfilm then becomes an integral step in the expanding future of newspaper digitisation programs." Until and unless these shortcomings can be overcome, microfilm collections are likely to remain important for genealogists, social historians, and others seeking primary source material.

Why this classification system: The existing situation
The need for a new classification system for microfilm newspapers arose at the University of Florida when library renovations made it desirable to collocate several separate microform collections into a single location. Newspapers in these collections were classified in Library of Congress Classification (LCC), primarily the F schedule; Dewey Decimal Classification (DDC) and a DDC-like, locally-created Florida History classification system. Some papers were shelved by title, and some reels that had scattered issues of various titles could only be used with the assistance of a curator. The collection managers of the Florida newspapers expressed a strong desire, based on observed patterns of use, for all the newspaper microfilm to be shelved in its own sequence. Library administration was strongly discouraging separate sequences of shelving within the collection, opting for a single A-Z LCC sequence. The only way we could avoid creating a separate sequence, or intershelving the newspaper film with other film in the same subject area was to create a sequence specifically for newspapers that would integrate seamlessly with the rest of the LCC materials in the collection. We decided that the best way to meet local needs was to develop the AN schedule, using a geographic hierarchical structure similar to that used in the MARC 752 field. We had initially intended this classification system primarily for the Florida newspapers, although a few regional newspapers of national interest were included. (One title, the Wall Street Journal, was not integrated into this system, as it was considered more appropriate to shelve it with other business and finance periodicals than with general newspapers.) However, the Selectors in our area studies departments wanted us to expand the system so that it covered their materials as well.
In order to expand the scheme to accommodate international papers, we adapted Table H8 from the LCC H schedule. This table arranged all regions and nations in a reasonably logical arrangement, although some areas (such as the Caribbean) were more compressed than what would be ideal, requiring decimal numbers, while in other places there were large gaps. Still, adapting an existing list was more expedient than creating a new one, and allows catalogers accustomed to LCC’s divisions of the world to find the desired country quickly. There are similar tables that could be used, but this one had a suitable degree of specificity for our needs.
For US and Canadian titles, each number has three Cutters: the first for the state or province, the second for the city or county, and the third for the title. City or county codes may be taken from the LCC G schedule, or derived according to the standard Cutter table. If the geographic area a paper serves is not immediately evident, check the 752 field of the catalog record to identify it. See the examples below.

The final Cutter is based on the first title cataloged (not necessarily the earliest title in the title history!), and retained for subsequent major changes in title as long as no mergers or splits were involved, in conformance with our general practice regarding serials. 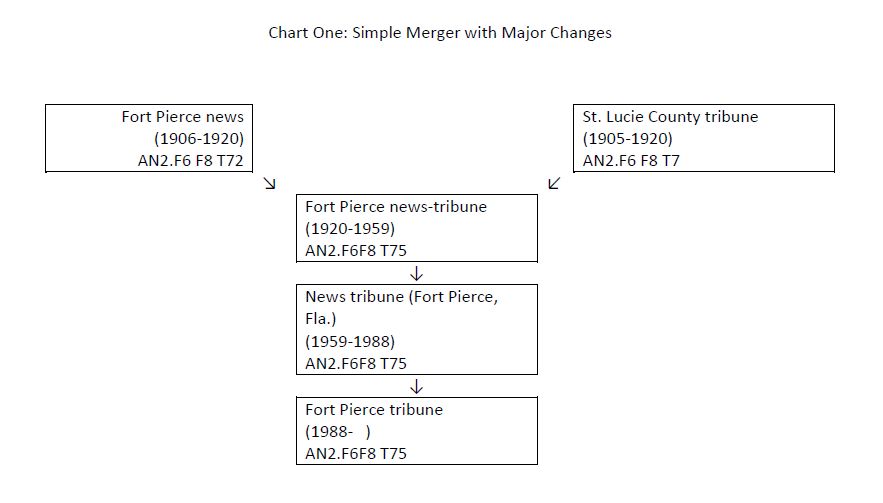 A unique call number is assigned to the merged title, but retained for the subsequent titles, because there are no further mergers and splits 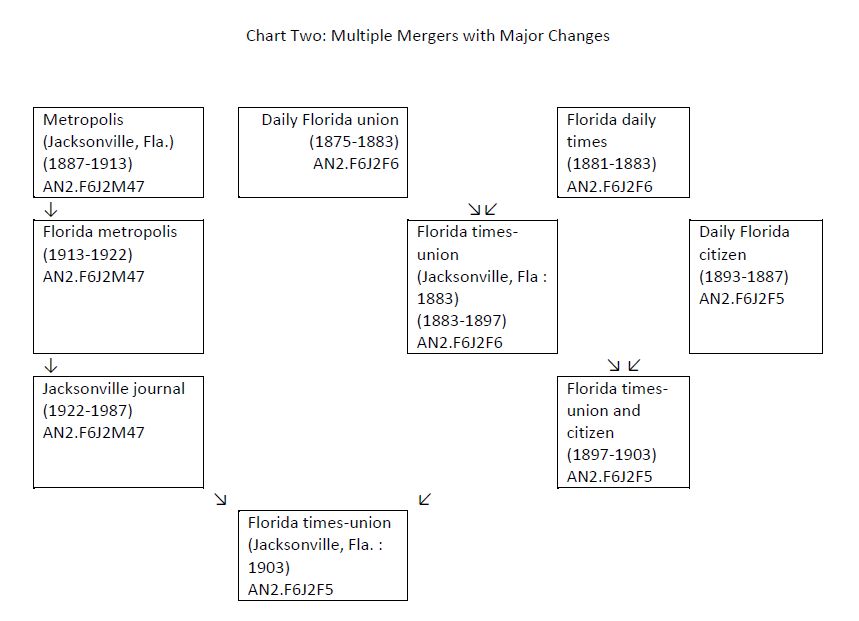 When the “family tree” of a newspaper is complex, call numbers may need to be changed. Numbering of the newspaper (if any exists apart from chronology) can be useful in determining possible titles to group together.

The problem of reels with scattered issues of various titles was particularly difficult to solve. We classified these according to the state, with a final cutter of Z99, and added an additional holding record to the records for the relevant titles where possible.
AN2 ← US newspaper
.F6 ← Florida
Z99 ← Miscellaneous titles

Expanding the scheme
Collections that have a focus on a specific regions or countries may wish to create additional tables for the states, provinces, or subdivisions of that country, or they may wish to exploit the gaps in the existing schedule to integrate greater specificity at the top-level classification number.

*For the first cutter for these countries, see Table 2.